As the nation prepares to honor its veterans Nov. 12, many veterans in rural areas and some cities still face long wait times for health care because there aren’t enough doctors, nurses and support staff to provide it.

Almost 40,000 of the 335,000 positions in the Veterans Health Administration are vacant, according to the Department of Veterans Affairs, which oversees the VHA. The VHA serves about 9 million veterans.

The VHA’s turnover rate is less than half the rate for the health care industry overall.

However, a Stateline analysis of recently released federal figures shows the VHA has a severe vacancy problem in high-cost urban areas such as Los Angeles and Washington, D.C., and in largely rural states, such as Montana and Colorado.

Montana and Colorado have the highest state job vacancy rates at more than 20 percent, followed by Utah, Oklahoma and Maryland. At the other end, vacancies in Connecticut, Hawaii, Michigan, Minnesota, New Mexico and Rhode Island are less than 8 percent.

In some ways, the challenges facing the VHA are the same ones facing the health care workforce as a whole, especially in rural areas like Montana, said Kristin Mattocks, a Montana native and associate professor at the University of Massachusetts Medical School who has studied VHA efforts to improve care for veterans.

Nationally, job openings in the health care sector have nearly tripled to 1.1 million since 2010, according to Bureau of Labor Statistics data. Most of the communities with shortages of health care workers are in rural areas, according to the Health Resources and Services Administration. There are also shortages in Honolulu, Hawaii, Los Angeles and Washington, D.C.

As more doctors and other providers in the VHA and elsewhere have been retiring, there’s more pressure on the remaining doctors to absorb more patients and speed up appointments.

“Now the pressure is put on physicians, which is probably driving some folks” away, Mattocks said.

The vacancy rates, detailed in a new report required by legislation Congress approved this year, can cause long wait times for appointments, create waitlists for artificial limbs and lead to unsanitary conditions.

Most of the nearly 40,000 vacancies are for medical and dental staff such as doctors and nurses. Those professionals are hard to find and keep because VHA’s hiring process is time-consuming and the pay is lower than in the private sector.

And because there isn’t sufficient support staff, many VHA doctors say they are frustrated by having to do more paperwork and even clean offices, federal audits have shown.

In Colorado last year, the Denver Post found that the VHA postponed surgeries because it didn’t have enough anesthesiologists. Understaffing led to dirty storage rooms and canceled surgeries for anesthetized patients at the VHA’s flagship hospital in Washington, D.C.

And veterans in Connecticut had a hard time getting appointments for counseling because four key jobs were vacant earlier this year. U.S. Sen. Richard Blumenthal, a Democrat from Connecticut, in a September hearing called the vacancy figures “really staggering.”

Blumenthal added that leaders of the local Veterans of Foreign Wars chapter had complained that care was held up at a Norwich, Connecticut, clinic because the local office lacked a director, a case manager, an outreach coordinator and a counselor.

At the same hearing, Secretary of Veterans Affairs Robert Wilkie also expressed alarm about the number of vacancies. And he said hiring for mental health centers such as the one in Connecticut is a priority.

“On its face it is staggering,” Wilkie said. “If we tried to fill all 40,000 we’d never get where we need. … We have to concentrate on, I think, four areas: primary care, internists, mental health workers and women’s health.”

He added that this year’s Mission Act legislation, which President Donald Trump signed in June, will give him more power to raise pay and forgive student loans to attract more medical professionals.

The agency has stepped up hiring in the past two years, Wilkie said, in response to a 2016 Government Accountability Office report that found that VHA lost an increasing number of employees each year between 2011 and 2015.

In the five clinical occupations with the worst shortages, including physicians, registered nurses and psychologists, VHA’s employee losses grew from about 5,900 in 2011 to about 7,700 in 2015. Voluntary resignations and retirements were the primary drivers.

“VHA remains fully engaged in a fiercely competitive clinical recruitment market,” the agency said in a statement about the vacancy data. The VA did not respond to requests from Stateline for further comment.

Staffing vacancies have contributed to recent scandals involving long wait times for care — some veterans died while waiting for appointments — and the falsifying of wait-time data to deflect scrutiny.

Hiring woes continued into 2017, a GAO report said, in part because a federal hiring freeze ordered by Trump limited the agency’s ability to hire doctors. Doctors were exempt from the freeze, but there weren’t enough personnel workers to recruit and hire them, the report concluded, and some were not well-trained to do the job.

The shortage of trained recruiters undermines the VHA’s effectiveness, the report stated, and “impedes its ability to improve delivery of health care access to veterans.”

A 2016 report from the congressionally appointed Commission on Care found that VHA doctors and nurses were cleaning offices and doing paperwork because of inadequate numbers of support staff. The commission also detailed a scandal over employees falsifying wait times for service, and some deaths of veterans on waitlists. An understaffed Phoenix administration system struggled to meet a target of 14-day maximum wait times for appointments.

The report pointed to “staffing shortages and vacancies” at every level. It also said VHA salaries aren’t competitive, and that the agency “continues to use a talent management approach from the last century.”

Other reports have described the effects of those shortcomings. In Washington, D.C., the VA inspector general found conditions so chaotic that sometimes doctors had to borrow equipment from other hospitals during treatment, and surgery was postponed because equipment was discovered missing or broken after the patient was anesthetized. Employees told inspectors the problems were caused by a support staff shortage.

U.S. Sen. Jon Tester, a Montana Democrat, this fall called VHA staffing shortages the most critical issue facing the agency, saying the high rate of vacancies in Montana and elsewhere is hurting care for veterans.

“I continue to hear from veterans across Montana and elsewhere that vacancies and constant turnover in VA facilities impacts how quickly they can get appointments and prevents them from building quality doctor-patient relationships,” Tester, who is running for re-election, wrote in a September letter to Wilkie.

U.S. Sen. Patty Murray, Democrat of Washington state, told Wilkie at the hearing that the fast-growing Seattle area has been particularly hard hit by service shortages. A clinic on the Kitsap Peninsula, west of Seattle, took years to approve and build and will likely be at capacity when it opens next year, Murray said.

Nearly a quarter of the staff positions were vacant at VHA facilities in Washington, D.C., and Augusta, Georgia, as of July. But U.S. Sen. Johnny Isakson, the Georgia Republican who sponsored the Mission Act, said this fall that things seem to be improving.

“I’ve gotten letters from my district, unsolicited, veterans who used to write me about how we weren’t worth anything because we couldn’t get anything done, [now] thanking me for the efficient way the operation works now,” Isakson said at the September hearing.

Wilkie, who was confirmed this year, called the job vacancy data “an important step in transparency” but stressed that some vacancies are normal and that some represent new positions created to anticipate future growth. Also, Wilkie said, time to complete a specialist referral has fallen from 19 days in 2014 to about one day this year.

The agency publishes current wait times for appointments, and some facilities with high vacancy-rates have long waits for appointments: The Augusta, Georgia, veterans hospital had a 34-day wait for primary care. Chillicothe, Ohio’s hospital, with one of the country’s lowest vacancy rates, had only a six-day wait.

But average wait times are high even in some hospitals with low vacancies — the Honolulu hospital has only about a 2 percent vacancy rate, the lowest in the country, but its average wait time — 39 days — is one of the highest.

That’s still a considerable improvement from 2014 when it was the nation’s worst at 130 days, a statistic that prompted Hawaii lawmakers to call for a shakeup. An inspector general report in 2016 said the Honolulu facility hired more doctors and extended clinic hours to get most new appointments scheduled within 30 days.

When your doctor is also a lobbyist: Inside the war over surprise medical bills 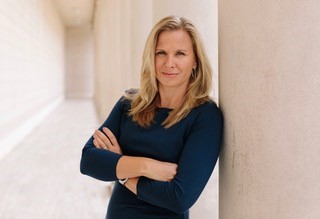