Like high blood pressure, glaucoma is a devious disease.

It develops without causing symptoms obvious to the average person yet its consequences are devastating: it can lead to blindness.

It affects six per cent of Caucasians over 70 years of age, with a significant increase every decade. Older African Americans are most affected, with a prevalence of 17 per cent while people of Asian origin appear to be relatively protected, with the disease affecting only three per cent of their population.

Does this mean we should not be worried about glaucoma before we reach a venerable age? Certainly not, especially if it has affected a relative in the family, such as a father, mother, siblings or grandparents.

Brian’s name is fictitious in this case but he has a very real story. He is a 45-year-old Black man. He is healthy, doesn’t take any medication, and works as a forklift operator in a warehouse.

Brian noticed that, in recent years, he had occasionally hit things with his machine but attributed these minor incidents to poor lighting or lack of attention. He didn’t take any action until his supervisor asked him to get a visual examination.

Brian thought it was a good idea, especially since he was finding it harder to read the purchase orders and other paperwork essential to his job. He had never been examined before and had never worn glasses. Since he was adopted, he wasn’t aware of eye diseases in his family.

He was fairly confident in his vision when he presented himself in January at a private clinic where I occasionally practice. To his surprise, I didn’t just make him read letters on a chart but performed several tests.

He had to identify lights appearing in a large dome each time they showed up; a picture was taken of the inside of his eye and examined through a microscope.

Then the optometric diagnosis was made: Brian was suspected of having glaucoma, a term he had never heard before and which seemed quite frightening when said out loud.

It is a disease which is considered hereditary, although several other forms may be contracted — for example after surgery or other trauma or due to the side-effects of medication. Without treatment, it is considered a disease that can blind you.

While the symptoms can remain hidden until the disease is in its late stages, visible clinical signs can be detected when eye health is examined by a competent professional. Clinical signs can appear at any age but are more common after the age of 50.

By its nature, glaucoma is considered a progressive optic neuropathy, characterized by degenerating retinal ganglion cells and physiological changes in the optic nerve.

In addition to age and ethnic origin, a significant risk factor is increased “intraocular pressure”. This may occur because of an overproduction of aqueous humour in the eye, or as a result of a restriction of the normal flow of the eye. An examination by an ophthalmologist or optometrist (depending on the jurisdiction) will determine which mechanisms are involved and help decide the most appropriate treatment.

Clinical tests also target the visual field, where glaucoma can most obviously show up. As the disease progresses, more nerve fibres are affected, resulting in a narrower field of vision for the patient.

Imaging tests are increasingly complemented by an analysis of nerve fibre and optic nerve layers using optical coherence tomography (OCT). By comparing a patient’s scan with a database matched for age and ethnicity, it may be possible to identify glaucoma attacks early before there is any loss of visual field. Some OCT tests also let us get images of the structures of the eye that could have a negative impact on the circulation of aqueous humour, a fluid in the structure of the eye that supports the lens.

In Brian’s case, his optic nerves had questionable appearances. Intraocular pressure was high, at 28 mm Hg in each eye. (Pressure below 20 mm Hg is usually considered normal.) All other eye structures were considered normal.

Once the diagnosis was confirmed, it was important for Brian to understand that no treatment will cure glaucoma, but we can slow its progression to limit the negative consequences on sharpness and field of vision. Once you have glaucoma, you have it for the rest of your life and complying with treatment is vital to maintaining vision.

Treatment usually begins with topical medications that either reduce the production of aqueous humour or promote its evacuation from the inside of the eye, or both. Some other drugs may also protect the optic nerve from damage caused by glaucoma.

Once drug treatment has been started, it should never be halted without the advice of a professional. Any side effects, such as redness, dry eyes or intense tingling must also be reported so they can be treated or prescriptions can be modified.

An ophthalmologist can also propose surgical or laser interventions at any time in order to better control the patient’s condition.

Brian left the office surprised by his condition but feeling reassured about what will happen next. He realizes now that what he thought were commonplace accidents were actually important signs of vision loss. He will have to learn to adapt to this new reality and hope that his remaining vision will allow him to be able to continue to drive his forklift and his car.

He promised to talk to everyone around him, especially his children, about his disease so they can be examined and have it detected in time. Everyone over the age of 50 should be checked by an optometrist or ophthalmologist, as well as people of any age whose parents or relatives have glaucoma.

It’s the best way to keep this silent killer of vision at bay. 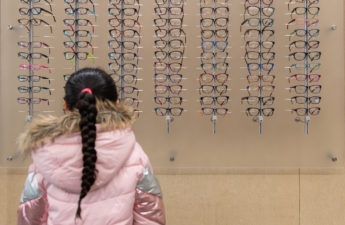 Your school assignment for the day: Spelling and Specs

Seattle/King County’s Free Clinic to be Held This Weekend at Seattle Center. 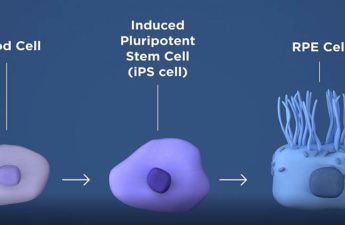