The specialist that Amy Berman visited after she was diagnosed with the most perilous form of breast cancer advised a course of treatment that might have extended her life but would have meant certain suffering and enfeeblement.

The doctor never asked Berman, a registered nurse who works at a New York health care foundation, what she wanted out of whatever time she had left. If he had, she would have told him she wanted to enjoy life: continue working, relish time with friends and family, walk her dog Lola.

His recommended treatment plan — chemotherapy, radiation, a mastectomy, more chemo and likely hospitalizations — would have jeopardized all those wishes. “I would have been living a medicalized existence,” Berman said, and a debilitating one at that.

Instead, she chose palliative care — no surgeries or chemo, just medicines to manage her pain and slow the spread of the disease, while allowing her to pursue a fulfilling career and active personal life.

Nearly a decade later, to her surprise and everybody else’s, Berman is still alive — 59 years old and still living “a really great life.” She’s working, savoring time with family and friends, and walking Lola. She estimates she’s saved more than a million dollars in medical expenses and has never been hospitalized.

Berman, whose diagnosis is unchanged, still receives palliative care. Fortunately, unlike many Americans, her insurance covers it outside of hospice. According to a recent Commonwealth Fund report, an estimated 40 million adults in the United States are living with or have had a serious illness in the last three years.

Many of them, health policy experts say, would benefit from palliative care to help them cope with their conditions.

Now more states are taking steps to extend such coverage to millions more people. They are extending palliative care benefits to adult Medicaid beneficiaries who are not necessarily close to death, mandating that providers tell patients that palliative care is available when it might be of some benefit, and requiring palliative care training for doctors.

Maryland in 2017 became the first state to require all hospitals with more than 50 beds to provide palliative care services.

“Where we are in palliative care is that it is an emerging hot topic,” said Stacie Sinclair, senior policy manager at the Center to Advance Palliative Care at the Icahn School of Medicine at Mount Sinai, in New York City. She is also a member of the Nebraska Palliative Care and Quality of Life Advisory Council.

“Confusion is still alive,” Sinclair continued. “Policymakers are getting more sophisticated, but public awareness is one of the first issues states will have to tackle.”

Much of the “confusion” Sinclair referred to is that many people don’t understand the difference between palliative care and hospice.

Palliative care is given to patients with serious illnesses or injuries to relieve their symptoms and stress. Its goal is to improve the quality of life for patients and their families. It can be provided from the onset of an illness, and is often delivered by a team of doctors, nurses, social workers and sometimes chaplains.

Even if death is not imminent, palliative care may be the best strategy for patients whose top priority is maximizing quality of life, not extending it by any means necessary.

Patients with diseases such as cancer, heart disease, arthritis and diabetes may benefit from palliative care, for a short period or for years. But those who aren’t terminally ill may find it hard to find such services, according to a recent report on state palliative care policies and programs by the National Academy for State Health Policy (NASHP).

The report notes that most states define palliative care within their hospice regulations, thereby limiting them to patients with terminal illnesses.

But some states take a more expansive view: Colorado, Maryland and New York recognize that palliative care can take place outside of hospice by including it in the licensing of other health care facilities, while Texas regulates palliative care provided in homes and in the community.

These states don’t require that all medical facilities offer palliative care. But facilities that do offer it have to follow certain standards on procedures, treatment, staffing or training.

The NASHP report also praises California, Connecticut, Oklahoma, Rhode Island and Texas for defining palliative care as treatment that addresses a patient’s physical, intellectual, emotional, social and spiritual needs throughout the course of the illness, not simply when death is imminent.

“That is notable language,” said Kitty Purington, one of the authors of the report, “because it hones in on that ability to provide palliative care at any point in the continuum” of an illness. Berman’s employer, the John A. Hartford Foundation, funded the report.

Colorado’s definition is even more expansive, proclaiming that palliative care “is appropriate at any age and at any stage in a serious illness and can be provided together with curative treatment.” That is significant because under Medicare, patients who receive hospice benefits must forgo any treatment intended to cure them of their disease.

The Colorado language makes it clear that patients should be able to receive palliative care even while their doctors continue to try to save their lives.

Still, access to palliative care varies according to geography, hospital size and income. The center says that many programs remain too understaffed or underfinanced to reach all patients who would benefit from treatment.

Maryland is the only state that requires all hospitals of a certain size to provide palliative care and lays out staffing and training requirements. But Massachusetts, New York, Oregon and Rhode Island all require hospitals, nursing homes and long-term care facilities to inform patients about palliative care.

California and Arizona also have made palliative care broadly available to Medicaid beneficiaries. Other states, including Florida, Iowa, Michigan, New York, South Carolina and Washington, are testing or implementing programs that make palliative care available to at least some Medicaid patients who aren’t in hospice.

For example, South Carolina is experimenting with providing palliative care services to Medicaid patients with serious, chronic or “life-limiting illnesses” who have a history of hospitalizations requiring intense treatment for pain and symptom management.

“There’s a growing understanding that we’re not dying the way we used to,” said Jennifer Moore Ballentine, executive director of the California State University Institute for Palliative Care, which was founded in 2012 and has created a palliative care curriculum for doctors, nurses, social workers and chaplains. “The end of life isn’t weeks or months but years, and we need to put systems in place to maintain quality of life as long as possible.” 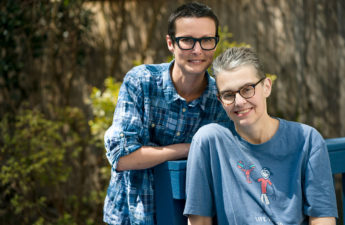 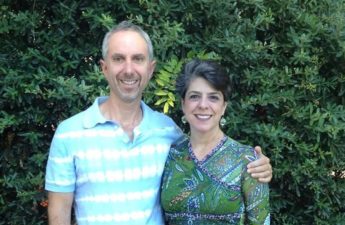 Palliative Sedation, an End-of-Life Practice That Is Legal Everywhere