Vapers across the country are swarming Twitter, the White House comment line and statehouse steps with the message “We Vape, We Vote.”

They’re speaking out after a slew of attacks on their way of life. President Donald Trump announced his support for a vaping flavor ban in September.

Some states temporarily banned the sales of vaping tools or flavors. And the Centers for Disease Control and Prevention has warned people to stop vaping until public health experts can find the cause of more than a thousand cases of lung injuries nationwide.

The backlash from vapers and vape shop owners is getting louder as they argue their small businesses and their rights to what some see as a smoking cessation tool are being trampled.

“Rather than just vote a party ticket, they may in fact change their vote for anybody who comes out and wants to have a critical conversation about vaping,” warned Alex Clark, the CEO of the Consumer Advocates for Smoke-Free Alternatives Association, a self-described tobacco harm-reduction nonprofit in Plattsburgh, N.Y.

Political groups are noticing that vaping is an identity, not just a hobby. Conservative powerhouse Grover Norquist, whose Americans for Tax Reform group hosted over 200 vaping advocates last month in Washington, D.C., cautions this is an electorate Trump should not ignore for 2020.

Vaping activists have already claimed success in a handful of races. Now some advocates say this burgeoning anger could shape the votes of the nation’s more than 10 million adult vapers and 20,000 vape shop owners.

Jason Volpe has owned a vape shop in Caledonia, Mich., for six years. He supports raising the age to buy tobacco to 21 and encourages young customers to use products with lower levels of nicotine.

Volpe, who voted for both President Barack Obama and Trump, is not afraid to talk about politics in his shop. He gives discounts on Election Day to customers with an “I voted” sticker.

Lately, he said, his customers come in angry at what they call government overreach. They are unhappy with Democratic Gov. Gretchen Whitmer, who temporarily banned the sale of nearly all flavors of vaping liquid.

“That’s not supposed to happen in America,” Volpe said. “Are they going to come after our guns next?”

He said his customers — from the liberal to the “very red farmers” — feel under attack. It’s a common grievance in a community that sees itself as continually marginalized by the government even after some vapers used the devices to quit smoking.

There’s a strong libertarian and conservative streak in the movement that the Libertarian Party has capitalized on, selling “I Vape I Vote” T-shirts online alongside a pledge to “vote for candidates who support vaping.” Issues surrounding vaping, like supporting small businesses and promoting personal liberty, are a natural fit for this segment of the right.

Clark, the “smoke-free” advocate, is a registered Democrat who is disappointed that the left isn’t embracing vaping. He considers it hypocritical for them to back marijuana legalization but not vaping.

Volpe just wants his shop to stay open. He feels betrayed that people with heroin addictions can have a safe place to use drugs and that flavored alcohol is still on the market, but not the blueberry maple syrup-flavored vape juice he uses. The stress around the flavor ban sent him to the emergency room last month. What he thought was a heart attack turned out to be anxiety.

Johnson became a folk hero on vaping websites after pushing back on proposed Food and Drug Administration vaping regulations. But early in fall 2016, the incumbent was down in the polls and not expected to recover.

Then Mark Block got involved. He’s the former chief of staff for Republican Herman Cain’s 2012 presidential campaign and owned an online vape store at the time. Block said he met with at least a hundred vape shop workers across the state and leveraged their networks to contact what he estimates was upward of 200,000 voters. Some shops registered people to vote. He also started a political action committee, Vape PAC, which raised over $3,000 and distributed some 400,000 postcards.

After Johnson’s victory, the senator specifically thanked vapers: “You made tonight possible; I truly appreciate it. I will be on your side.”

But Tom Russell, campaign manager for Johnson’s opponent, former Sen. Russ Feingold, doesn’t buy the idea that vapers swung the election, saying he didn’t see any money or data to that effect.

“The reality is to the extent there was a Tea Party, previously unmotivated voting bloc, they were motivated by Donald Trump,” he said. “I’m pretty sure it wasn’t ‘Vape Nation.’”

Vaping advocates also point to a 2014 state election in New Mexico as an early victory for their growing cause. That year, state Rep. Liz Thomson, a Democrat, lost her reelection bid to Republican Conrad James, a pro-vaping candidate who got a last-minute boost from Clark’s CASAA and vaping groups. The American Vaping Association put out a celebratory press release, and Americans for Tax Reform called Thomson vaping’s “first victim.”

Thomson, though, considers the loss a fluke, not the work of vapers. “I do not believe they had any effect in my race,” said the legislator, who later won back her seat. “It was a confluence of factors that was bigger than their group.”

In 2018, Block joined the late stages of the California race of embattled U.S. Rep. Duncan Hunter. Known as the vaping congressman, the Republican has helped create pro-vaping legislation.

But he was indicted for campaign finance violations in 2018.

Reusing the 2016 playbook, Block went to vape store after vape store in the last three weeks of Hunter’s race, handing out postcards with an illustration of the congressman vaping that say “Blaze your own trail.”

Those races were almost like a practice run. Right now, vaping activists are scrambling to create the framework for a broader political campaign.

Clark said CASAA feels pressure to make a voting guide, but it doesn’t have the resources to figure out which candidates are truly pro-vaping. The group’s first attempt at a guide in 2016 involved surveys sent to some 900 candidates, but Clark said only 200 or so of the “most fringe” candidates responded.

The American Vaping Association, a nonprofit advocacy organization in Stratford, Conn., is training vapers on the basics of politics — how to speak at local government meetings, register people to vote and talk to the press and elected officials without getting worked up, said its president, Gregory Conley. He also is focused on targeting primaries, where he said it’s a lot easier and less expensive to have impact.

The seeds of a grassroots movement seem to be in place. The organizing and get-out-the-vote work is happening online and in vape shops, which Norquist calls the “megachurches” of this community.

The Vapor Technology Association, a trade group that represents e-liquid manufacturers, vape shops and other vaping professionals, said state and local associations are ahead of the national organization when it comes to voter mobilization.

“We haven’t really had to move them because they’re doing it already,” said Chris Howard, the association’s board treasurer.

Vapers are terrified they’re about to lose what they say is the only tool that saved them from smoking — and saved their lives. That’s a powerful motivating force, Culley said. Plus, all the jobs lost from a potential flavor ban — which Trump had announced his support for on Sept. 11 — wouldn’t be a good look for the president, he said.

Trump followed that announcement with a tweet two days later that was more ambiguous about his intentions for a ban: “While I like the Vaping alternative to Cigarettes, we need to make sure this alternative is SAFE for ALL! Let’s get counterfeits off the market, and keep young children from Vaping!”

The damage was already done, according to vape shop owner Mike Moran, who offers customers voter registration paperwork in his two stores in New Jersey. He blames Trump’s initial tweet for kicking off the wave of state bans.

“If Donald Trump lets this go down because of his misstatement, I’ll vote against him,” Moran said. “His words caused this.” 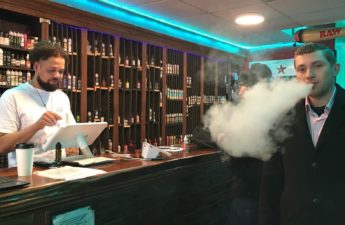 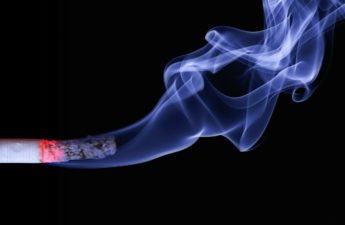 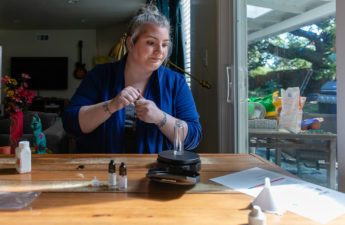