Absent action by Congress in the next three weeks, Dr. Michael Waldrum, CEO of Vidant Health, is going to have to figure out what medical services to deny hard-pressed communities in rural eastern North Carolina.

“It runs the gamut,” Waldrum said in an interview last week. “Do we close hospitals? Do we close services within hospitals?”

With an operating margin of less than 0.5% — comparable to most other rural and safety net hospitals — and an expected loss of $7.7 million in federal money this year, which would double next year, Vidant, a multi-hospital safety net health system, could drop into the red.

Across the country, similar health systems face unwelcome choices about how to handle the coming funding cuts. They knew it was coming — the Affordable Care Act ordained a pullback in federal support for hospitals’ charitable care — and yet hospital leaders continue to hold out hope that Congress will protect the funding before the cuts go into effect in a few weeks.

“The consequences would be absolutely devastating,” said Beth Feldpush, a senior vice president for America’s Essential Hospitals, a trade association for safety net hospitals, which provide medical care for all comers, no matter their ability to pay.

Even without these prospective cuts, both safety net and rural hospitals, most of which have slim or negative operating margins, have been facing perilous economic times.

At least  118 rural hospitals have closed since 2010, and a number of safety net hospitals also have shuttered or merged with for-profit health systems.

Hospitals in the 14 states that did not expand Medicaid will be hurt the worst, because they already miss out on the extra federal money that comes with expansion.

“How many punches can you take?” said John Henderson, president and CEO of the Texas Organization of Rural and Community Hospitals. Texas, which has not expanded Medicaid, leads the country in the number of closed rural hospitals with 23 since 2005.

The federal money reimburses hospitals for the care they provide to people who can’t afford to pay and offsets the cost of care that hospitals provide to Medicaid patients that Medicaid does not cover. The federal cuts amount to $4 billion this year and $44 billion through 2025.

The hospitals’ total loss of funding could be even more significant because the program includes state matching funds. If state cuts are commensurate with federal ones, the overall reduction would go from $4 billion to more than $7 billion in 2020.

As one example, the North Carolina Department of Health and Human Services said in an email to Stateline that if the federal cuts go into effect this year, the state would reduce its contribution by $47 million in addition to the expected $98 million cut in federal money.

In 1981, Congress authorized money to help hospitals defray the costs of caring for patients who couldn’t afford to pay. According to a July report by the U.S. Government Accountability Office, Medicaid Disproportionate Share Hospital (DSH) payments in 2014 covered more than half of uncompensated care costs for the hospitals receiving the money. DSH payments in 2014 were $18.2 billion.

By 2019, the total DSH allotment was $22 billion, 57% of which came from the federal government; the rest came from state governments.

The present crisis originated with the Affordable Care Act’s passage in 2010. The law’s goal — to extend health care coverage to tens of millions of Americans through Medicaid expansion and affordable commercial health insurance — would have meant less hospital spending for charitable care.

The law would have reduced DSH payments beginning in 2014, but the plan ran into a major problem before then. The U.S. Supreme Court in 2012 ruled that states could make their own decisions about whether to expand Medicaid eligibility. Initially, two dozen states chose not to.

Later, Congress essentially eliminated the requirement that everyone enroll in insurance.

Those actions, which likely kept millions in the ranks of the uninsured, undercut the premise of the cutbacks in DSH payments: Hospitals needed the money after all. Congress took notice. Four times, it voted to delay the cuts, and in September passed a continuing resolution that would keep funding at 2019 levels through Nov. 21.

Still, the U.S. Centers for Medicare and Medicaid Services last month issued rules for states on how to calculate the DSH cuts.

How to Stay Open?

Some in Congress have been working on a fix. The House Energy and Commerce Committee passed a measure in July that would cut the reductions by $16 billion in the next three years.

“I believe we must at least delay the cuts at least two years and implement a fair formula going forward for our safety net hospitals, and this bill does exactly that,” U.S. Rep. Pete Olson, a Texas Republican who sits on the committee, said in an email to Stateline. A letter Olson co-authored on the matter was signed by 300 members of Congress from both parties.

But while the legislation has bipartisan support in the House, no bill has moved in the Senate. One hitch seems to be agreeing on where the money will come from in the federal budget to make up for the cuts if they are delayed or eliminated.

Apart from the ACA-related cuts, some observers have criticized the way DSH money is allotted to the states. The ones that took fuller advantage of the program in the earlier years got locked into higher allotments than states that were less aggressive in seeking DSH payments. States with lower allotments have long pressed Congress to address those disparities, but action is not imminent.

It is the looming DSH cut that most concerns hospitals.

Parkland Health and Hospital System, a safety net provider in Dallas, would lose $22 million in federal money this year and $44 million next year, said Katherine Yoder, vice president for government relations. Yoder, who was in Washington last week to lobby Congress, said the loss would likely force the hospital to cut back on expanding services into more poor communities, particularly those beyond the Dallas city limits.

Dr. Patrick Cawley, CEO of the Medical University of South Carolina health system, said the $1.4 billion hospital system expects the DSH cuts will cost it $17 million this year and $34 million next year, a significant loss for an institution with an operating margin under 2%.

Last week, Cawley said, “We began talking about what we’re going to stop doing” if the cuts occur. He said he expects the health system would have to see fewer patients and cut some non-essential medical services. The uncertainty, Cawley said, wreaks havoc on the hospital’s long-term plans.

If anything, the situation for rural hospitals is more desperate, said Henderson of the Texas Organization of Rural and Community Hospitals. “The reaction of executives of rural hospitals to the cuts,” he said, “is not, ‘This is going to mess up our budget forecasts.’ It’s more the gut reaction, ‘How do we stay open?’” 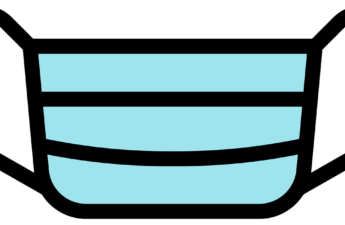 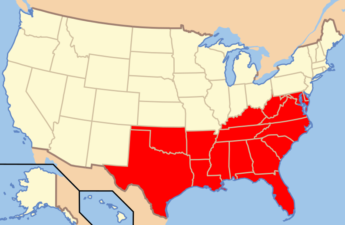 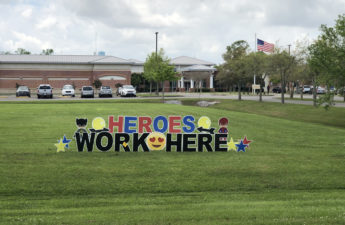 ‘When It Starts Getting Into Your Local Hospital, It Becomes Real’