Half of older Americans got help from the infection-fighting power of antibiotics in the past two years, a new poll finds, but a sizable minority didn’t follow the instructions on their pill bottle.

And one in five say that in the past, they’ve engaged in a risky practice: taking leftover antibiotics without checking with a medical professional.

Meanwhile, two in five said they expect their doctors to prescribe them antibiotics for a cold that lasts long enough to send them to a doctor – even though the drugs don’t work on colds and other illnesses caused by viruses.

Despite these practices and expectations, 89% of adults aged 50 to 80 who responded to the National Poll on Healthy Aging understood that overuse of antibiotics could mean the drugs won’t work against infections in the future.

“We obviously have work to do to help older adults understand safe and appropriate use of these medications so that we can preserve the effectiveness of antibiotics for patients who need them most,” says poll director Preeti Malani, M.D., a specialist in both infectious diseases and the care of older adults. “These findings should be a reminder to physicians, nurses, pharmacists and other providers to step up their wise-prescribing practices and patient education.”

The poll, carried out by the University of Michigan Institute for Healthcare Policy and Innovation with support from AARP and Michigan Medicine, U-M’s academic medical center, involved a national sample of more than 2,256 adults aged 50 to 80. They answered questions about many aspects of antibiotic use.

Two forms of risky use

One in eight older adults polled said they’d had leftover pills from their last antibiotic prescription, even though antibiotics are supposed to be taken as prescribed, usually until the last pill is swallowed.

For the 13% that had leftover antibiotics in the past two years, only one in five disposed of them safely, suggesting an opportunity for education. But most of the rest said they held on to the leftovers in case they or a family member developed an infection later.

The poll results suggest that those leftover antibiotics get used more often than health providers might want to believe, especially by people in their 50s and early 60s compared with those over age 65.

Those who stopped taking their antibiotics early were much more likely to use leftover pills – their own, or someone else’s — without guidance. In fact, half of those who had leftovers in the past two years said they had taken antibiotics without talking to a health care professional at least once in their lives, compared with 19 percent of all those polled.

The poll also probed older adults’ attitudes toward antibiotic prescribing. While 56% of respondents said they thought that doctors over-prescribe antibiotics, 23% said doctors didn’t prescribe the drugs when they should.

Health care providers have received much more scrutiny in the past decade over antibiotic prescribing than they did in the past, as health systems, insurers and the federal government work to make prescribing more appropriate.

Despite these efforts, the number of ‘bad bugs’ that have developed resistance to common antibiotics continues to rise. Drug-resistant bacteria are now considered a top threat by the World Health Organization and the Centers for Disease Control and Prevention.

“It’s important to remember that antibiotics don’t treat viruses like colds and flu, and shouldn’t be prescribed unless necessary,” says Alison Bryant, Ph.D., senior vice president of research for AARP. “If you want to avoid getting the flu, be sure to wash your hands regularly, stay home if you feel sick and get an annual flu shot.”

Getting rid of leftovers

Malani notes that efforts to encourage people to clear old medications out of their medicine cabinets have gained steam in recent years because of the opioid epidemic. But the call to dispose of unneeded medications safely should also include messaging about antibiotic disposal, she says.

“While we would hope that people would complete their antibiotics as prescribed to ensure that their infection is appropriately treated we know that this doesn’t always happen,” she says. “In such cases, the next best thing is to safely dispose of the leftovers. No one should hang on to old antibiotics just in case they or a loved one needs them. This carries many risks – including drug interactions, side effects, as well as resistance. Different antibiotics treat different types of infections. There is no ‘one size fits all’.”

The poll results suggest that millions of doses of antibiotics are currently sitting in the backs of medicine cabinets across the nation. Many law enforcement organizations, and an increasing number of pharmacies, health care locations and municipalities, offer drop-off days or permanent secure drop-off bins for all types of medications, including antibiotics.

The National Poll on Healthy Aging results are based on responses from a nationally representative sample of 2,256 adults aged 50 to 80 who answered a wide range of questions online. Questions were written, and data interpreted and compiled, by the IHPI team. Laptops and Internet access were provided to poll respondents who did not already have them.

A full report of the findings and methodology is available at www.healthyagingpoll.org, along with past National Poll on Healthy Aging reports. 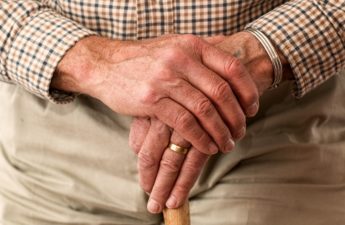 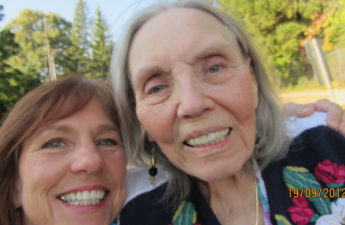 Parenting Your Aging Parents When They Don’t Want Help

Turning gray and into the red: The true cost of growing old in America 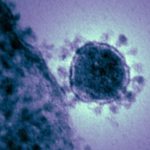