As research in rats reveals a key brain pathway, neuroscientists contemplate how to translate findings in animals to understanding of human compulsions involving food or drugs.

Anyone who works in an office knows the spot: The place where co-workers share sweet treats they brought from home, or leftovers from lunch meetings and birthday celebrations. Food appears out of the blue, and disappears just as quickly.

But why can some people walk right by the free snacks without stopping, or only go there when they’re hungry, while others can’t resist eating every time they see food there? Some may even go out of their way to pass the food-sharing spot just in case there’s something out.

Neuroscientists like Shelly Flagel, Ph.D. want to find out — and not just because of the long-term harmful effects of too many calories. The same variation between people can happen with drugs like cocaine and heroin.

For people with addiction, something as simple as passing a certain street corner can trigger a relapse in their recovery. Meanwhile, someone else might try the same drug, but not seek it out over and over again.

To find answers to questions about compulsive, repetitive seeking of substances like food or drugs, Flagel and her fellow scientists at the University of Michigan aren’t conducting studies at office food tables or street corners.

Instead, they’re peering deep into the brains of rats that have the same variation in their behaviors. And in some cases, they’re even doing something they can’t do in humans: altering the way signals travel in the brain, to see what areas play the most important roles and how much variation exists between individual rats that act in certain ways.

After years of research, they’ve gained enough knowledge to have a good sense of what’s going on, and perhaps to start to apply it to people with problematic eating or drug-taking behaviors.

In a paper published recently in the journal eLife, Flagel’s team showed the importance of a tiny center in the brain called the paraventricular nucleus of the thalamus.

It acts as a kind of air traffic control tower in the brain, communicating with areas involved in everything from the drive to eat and the feeling of pleasure, to the processing of outside information from the senses.

They studied two kinds of rats: “goal trackers”, which are kind of like the co-workers who know there might be food but don’t have a problem passing up treats unless they’re truly hungry, and “sign trackers”, which are like those who can’t resist a brightly colored box of candy on the office food table, or make a special trip to the food sharing spot, just in case.

Flagel and her team used a combination of genetic engineering and a carefully delivered drug, otherwise known as chemogenetics, to ‘turn on’ the connection that allows a brain area called the prelimbic cortex to send a ‘top down’ input to the paraventricular nucleus.

In the sign-tracking rats that couldn’t resist food cues, the changes that Flagel’s team caused in the brain were enough to reduce their attraction to the cue that meant food was about to arrive. Meanwhile, the behavior of the goal tracking rats didn’t change.

When they used the same technique to turn off the connection between the two areas, the goal tracking rats (those that had been indifferent to food cues) suddenly started behaving more like their food-cue-focused counterparts.

The researchers also found differences between the two types of rats in whether the “pleasure center” of their brain released a reward chemical called dopamine, when they turned off the connection between the prelimbic cortex and the paraventricular nucleus and then exposed the rats to the food cues. The goal trackers experienced a surge of dopamine, especially early in the experimental process, but the sign trackers did not.

“These findings suggest that the circuit reduces the incentive value of a food cue,” explains Paolo Campus, Ph.D., a postdoctoral researcher on Flagel’s team at the Michigan Neuroscience Institute. “It does this by controlling processes in the brain that contribute to the association of a cue with a reward, such as the release of dopamine.”

Though they can’t perform the same experiments on humans, the researchers think they can apply the lessons from rats to understanding our own neurobiology and how to reduce the risk of harms from compulsive behaviors.

“This may help scientists better understand why some people develop substance abuse disorders, overeating, compulsive gambling or other impulse control disorders,” says Flagel, a research associate professor at the Michigan Neuroscience Institute and associate professor of Psychiatry at Michigan Medicine, U-M’s academic medical center. “This brain circuit could potentially be a target for new therapies to treat or prevent such conditions.”

Flagel describes the paraventricular nucleus as a ‘fulcrum’ between a top down and bottom up flow and processing of information in the brain. Goal trackers are more top down, with the brain’s analytical systems dominating the internal flow, while sign trackers respond more to bottom up signals from the areas of the brain that drive basic behaviors. And when the strength of signals between the two are imbalanced, the balance goes awry and can lead to extreme behavior which can be maladaptive.

In a new review article published in Neuroscience & Biobehavioral Reviews, Flagel joined with colleagues at the Laureate Institute for Brain Research, and the U-M Department of Psychology, to look at how knowledge from studies like this in animals might be translated into research on humans.

Of course, human behaviors, and all the factors that go into them, are much more complex than rat behaviors. Still, the research to date in humans suggest that it’s possible to tell those with sign tracking tendencies from those that are more goal trackers, in certain experimental circumstances. From this, the researchers would predict – but don’t yet have evidence — that those with stronger sign tracking tendencies are also more prone to substance use disorders.

It will take more research to develop a reliable “biomarker” of these tendencies in people outside of carefully controlled experiments, Flagel says. But knowing which people are the most vulnerable could help people learn to avoid cues that might lead to undesirable or even dangerous outcomes. 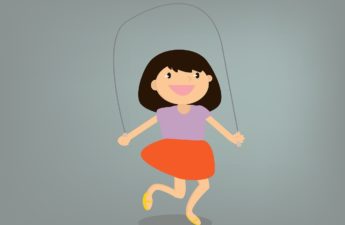 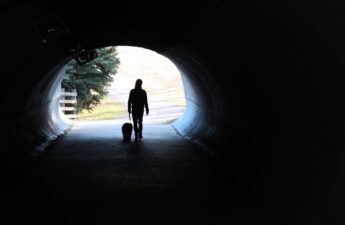 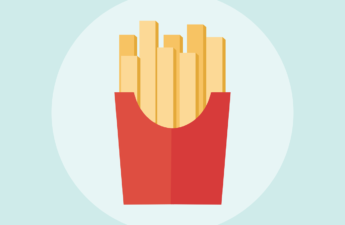 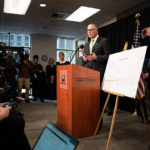