Dave and Diane Schell, a retired social studies teacher and a retired human resources professional from South Windsor, Connecticut, left their careers in 2015, and have worked the polls at their local precinct every election since. But not this November.

The Schells — he’s a Republican, she’s a Democrat — are 68 and 65, respectively, and worried about contracting the coronavirus. They did work the polls during the Connecticut primary in March, at the beginning of the pandemic, but this fall “we decided to follow the [health] recommendations and stay home,” Diane Schell said in a phone interview. They will miss it.

“We love contributing and it’s a lot of fun,” she said. “A lot of young people stepped up for the primary and we hope that continues.”

One young person who stepped up was Brooke Stoker, a 25-year-old graduate of Pace University in New York City who lost her work as a filmmaker and theater usher when the pandemic hit. Retreating to her family home in South Windsor, she was looking for something to do when a family friend suggested working at the polls during the primary. She made sure ballots were fed correctly into the tabulation machine and handed out “I Voted” stickers. She plans to work Nov. 3.

Election officials in many states are hoping more people like Stoker sign up because they are anticipating severe shortages of people to run the polls on Nov. 3. The shortage may lead to long lines or even numerous poll locations being closed.

The pandemic has exacerbated an already-critical situation. In a 2018 survey by the Election Assistance Commission, a federal agency that helps local jurisdictions conduct elections, 70% of the nearly 6,500 jurisdictions surveyed in all 50 states plus territories responded that it was “very difficult” or “somewhat difficult” to get enough poll workers. In addition, more than two-thirds were 61 or older.

Milwaukee, for example, cited the poll worker shortage as a major reason it opened only five polling sites during the April primary, compared with its normal 180.

In Maryland, local election officials reported in August that the state’s 23 counties and Baltimore City collectively were 14,000 poll workers short with less than three months to hire and train them.

Republican Gov. Larry Hogan ordered 1,800 precinct polling places and 80 early-voting centers consolidated into a few hundred, including high schools and other large venues where any registered voter in a county could vote.

Election Assistance Commission Chairman Ben Hovland said his agency wants to educate people on the need. “Some people think the person working the polls is an employee. They don’t realize it’s a temporary worker for the day — essentially a volunteer.”

The job generally pays between $80 and $350 for the long day in most jurisdictions, Hovland said. And some officials are offering bonuses.

Sue Larson, the Democratic registrar in South Windsor (the town has two registrars, one for each party), said her town decided to increase by $100 the regular daily pay that ranges from $165 to $325, depending on experience and position.

“Because it’s corona and they are wearing PPE all day,” she said. “It’s a long day and they definitely deserve it.” As a result, a newbie like Stoker could make $265.

Larson said her precinct usually needs about 75 workers for a regular presidential election, but she is looking for about 100 this year, because of an anticipated increase in absentee ballots, requiring more counters, split between Democrats and Republicans. She’s got 26 so far.

Gabe Rosenberg, spokesman for Connecticut Secretary of State Denise Merrill, a Democrat, said there are 169 municipalities in the state and 750 polling places. Connecticut poll worker recruitment includes reaching out to the state Bar Association to sign up attorneys to work the polls “to help ensure democracy is able to function,” he said in a phone call.

The shortage of poll workers across the country has attracted the attention of actors and athletes who are mounting social media and personal donation campaigns to get people to sign up as poll workers. And some businesses, such as Old Navy, have offered employees a paid day off to work the polls.

Sept. 1 was National Poll Worker Recruitment Day and many secretaries of state tweeted about and publicized their efforts to gather poll workers. They were joined by celebrities such as NBA star LeBron James.

His tweet, which got over 2,000 retweets, and others from actors such as Kevin Hart brought in thousands of sign-ups.

James and other athletes such as WNBA players Skylar Diggins-Smith and Chiney Ogwumike; NBA players Draymond Green, Eric Bledsoe and Trae Young; and NFL player Alvin Kamara founded a group called More than a Vote, which concentrates on enhancing voter access, including recruiting poll workers, and works against voter suppression.

Bob Brandon, president of the Fair Elections Center, a nonpartisan nonprofit and one of the founding partners of Power the Polls, a poll worker recruitment group, said 250,000 people signed up between July 2 and Sept. 1, the day of the tweets, with 100,000 on that day alone. The Fair Elections Center grew out of the Fair Elections Legal Network, established in 2006 by public interest lawyers to boost access to the polls and navigate the intricacies of election laws. It and the various other groups seeking to recruit poll workers have teamed up this year as the pandemic has exacerbated concerns about having enough staffers at polls.

Brandon said in a phone interview that many volunteers are directed to secretaries of state or local election official sites, regardless of party. “There’s a real effort to coordinate with local officials,” he said.

Actor Joshua Malina tweeted that not only would he and his wife, costume designer Melissa Merwin, support the More Than a Vote cause, they plan to volunteer as poll workers. He said he was spurred by long lines at polling places during the primary.

“It seemed wrong that participating in an election should be such a challenge,” he said.

Malina said they would work the polls in the Los Angeles area wherever they are needed, armed with masks, face shields and the knowledge that they are about a decade younger than the average poll worker.

There’s money available, too. Several nonprofit organizations and individuals have donated to poll worker recruitment drives, including Facebook CEO Mark Zuckerberg and his wife, Priscilla Chan, who gave $300 million to two election-focused groups, the bulk of which went to the Center for Tech and Civic Life to help recruit and train poll workers.

In Ohio, Secretary of State Frank LaRose, a Republican, surveyed county boards of elections for expected shortages. Now when residents sign up, through social media campaigns or otherwise, he can point them toward the counties that need help. In Ohio, like many states, people don’t have to live in the county or the precinct to work there during the election.

LaRose is advising boards of elections to recruit 150% of the workers they anticipate they might need, just in case some don’t show up on Election Day. If there are extras, they might be sent to nearby jurisdictions with shortages.

Ohio has developed five media slogans to recruit workers, he said, including “Youth at the Booth” for high school and college students, “Second Call to Duty” for veterans and “Work a Day, Donate Your Pay” for nonprofits. The idea behind the last one is that poll workers give their compensation to their favorite charity.

LaRose said an added benefit of getting more people involved in the nuts and bolts of voting is that they see that many rumors about irregularities are just that — rumors.

“I don’t think it’s any mystery that emotions are running high right now as it relates to civic discourse in this country,” he said. “People are more spun up than they used to be.” But, he said, once people find out about the inner workings of elections they “become disabused of some of those conspiracy theories on both sides — widespread voter fraud, widespread voter suppression — both of those things are exceedingly rare.”

Michigan Secretary of State Jocelyn Benson, a Democrat, also spearheaded a Twitter campaign, advertising for poll workers with the slogan “Be an MVP. Serve your democracy.”

Her spokeswoman, Tracy Wimmer, said in an email that more than 11,000 people from all 83 Michigan counties have applied to serve since April.

“The recruitment efforts began ahead of our May elections, which were municipal elections held around the state in about 33 counties, and at the height of the pandemic,” she said. “We knew additional workers would be needed to both process the large number of absentee ballots we were expecting, as well as to ensure no one who felt uncomfortable or who would be at risk had to work the polls.”

In addition, all four major Detroit sports teams — the NFL Lions, MLB Tigers, NHL Red Wings and NBA Pistons — have agreed to allow their fields and arenas to be used as polling places. That mirrors similar efforts in other professional sports arenas around the country.

Benson and LaRose made a friendly wager over whose state would have the higher voter turnout. If Michigan’s voter turnout tops Ohio’s, LaRose has to wear maize and blue and sing the Michigan fight song at next year’s football game between rivals Ohio State and the University of Michigan. If LaRose wins, Benson will wear scarlet and gray and sing the Ohio State fight song.

Students’ Mass Migration Back to College Gets a Failing Grade 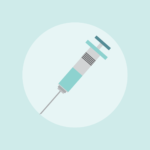