Even as President Joe Biden plans to federalize the pandemic response, new COVID-19 variants will force state and local public health agencies to expand their efforts in tracking and responding to the new strains.

“If a new variant takes over and we’re not doing everything we can to prevent it from taking hold, it’s almost like a new pandemic,” said Lori T. Freeman, CEO of the National Association of County and City Health Officials, a Washington, D.C.-based membership organization that represents local health departments. “Public health departments could be in danger of being overwhelmed if we don’t take control to adequately control the variants.”

Looming over the response of state and local public health agencies is a question that has plagued them since the start of the pandemic—whether they will have the resources to take the measures they think are needed.STATELINE STORY January 27, 2021Public Health Systems Still Aren’t Ready for the Next Pandemic

Because genomic testing in the United States lags efforts in other countries, scientists don’t have a handle yet on how widespread the variants are. The Biden administration has promised to quickly ramp up that testing, and states will as well.

For the moment, with much still unknown about the variants, states are simply urging the public to maintain the same vigilance public health authorities have urged throughout the pandemic.

Matt Bieber, a spokesperson for the New Mexico Department of Health, for example, said in an email message that while the state is monitoring new strains, “In terms of public health messaging, we’ve emphasized that the best practices are COVID-safe practices—mask-wearing, hand-washing, avoiding groups, etc.”

Scientists have identified three concerning variants present in the United States: one first found in the United Kingdom, another in South Africa and a third in Brazil.

The U.K. variant is the most plentiful so far in the United States, with at least 611 cases in 33 states, most of which are in Florida. Maryland identified three people with the South African variant, and South Carolina has identified two. As of last week, the Brazil variant had been found in only two infected people, in Minnesota.

Dr. Leana Wen, a former health commissioner in Baltimore who teaches health policy at George Washington University, agreed that the public health measures in place are the best protection against the variants, but said poor adherence could lead to unwelcome measures.

“The issue is that if much more contagious variants take hold, all the activities we thought were relatively safe, like opening schools, are going to be more at risk,” Wen said.

It is typical for viruses to mutate, said University of Maryland virologist Matthew Frieman. Usually, those variants are inconsequential; they don’t help the virus survive and replicate. “Most of the time, those variations cause no clinical outcomes at all,” Frieman said. They are benign and they quickly disappear.

Scientists have used genomic sequencing to identify thousands of mutations of SARS-CoV-2, the coronavirus that causes COVID-19, and found nearly all of them to be harmless.

But the three variants first found in Brazil, South Africa and the United Kingdom spread more easily and quickly than the original strain of COVID-19.

Public health officials fear that if the vaccine rollout isn’t swift enough and Americans don’t observe public health guidelines, one of the variants will take hold and become the dominant strain in the United States, and spread even faster than the original version.

The situation is dire enough to consider revising vaccination strategy, said Michael Osterholm, an infectious disease expert at the University of Minnesota who served on Biden’s transition team. The emphasis should be to quickly administer as many first doses as possible, he said in an interview with Meet the Press, even if it delays second doses.

Dr. Rochelle Walensky, the new director of the federal Centers for Disease Control and Prevention, promised in a news conference to vastly ramp up surveillance of variants in the U.S. by commercial, academic and public labs, which every state operates.

The goal, she said, is to increase nationwide sequencing from an average of about 3,000 samples per week to 6,000 or 7,000 by mid-February. Biden’s proposed pandemic relief package includes $350 billion for state and local governments, in part to help with their COVID-19 responses. The aid includes money for testing, genomic testing and contact tracing.

Many labs, including more than two dozen state labs, have been performing genomic sequencing on SARS-CoV-2 since the early days of the pandemic, said Kelly Wroblewski, director of infectious disease at the Association of Public Health Laboratories.

California and Minnesota, she said, were aggressive. But their efforts were hampered by poor federal coordination to ensure adequate sampling and data collection, she said. That left large gaps in knowledge about the location and spread of the variants.

Coordination, she said, is important to ensure the sequencing cuts across geographic and demographic groups, including race, ethnicity, age and gender, as well as those with severe COVID-19 symptoms and those who are asymptomatic.

It was only in late November, Wroblewski said, that the CDC began imposing a more coordinated national approach. “Things are absolutely going in the right direction now.”

Prioritizing COVID-19 sequencing comes with costs. It takes workers away from the large-scale diagnostic testing that tracks COVID-19’s spread, as well as from sequencing done to identify other diseases, including cancers, said Freeman of the National Association of County and City Health Officials.

“You have to make tough decisions,” Freeman said. “Do you want to test as many people as possible or slow the system down a little bit to do the genetic testing?”

“Without funding, that will put us that much further behind,” Wroblewski said. “If it doesn’t come quickly that affects scaling and sustainability.”

States have not yet altered their overall public health guidance because the measures they have promoted all along apply to variants as well, said Dr. Marcus Plescia, chief medical officer at the Association of State and Territorial Health Officers. There is not enough data available about the characteristics of the variants to make additional recommendations. But, he acknowledged, if the variants begin to fuel a turbo-charged spread, states will be forced to again consider restrictions or shutdowns.

Particularly worrisome to public health officials, he said, are the responses to reports that some of the COVID-19 vaccines may be less effective against particular variants, though the ones that have been tested against the variants appear to prevent most people from getting seriously ill. Officials are anxious such reports could increase the reluctance of people to vaccinate, he said. Some people may be inclined to wait for next-generation vaccines or boosters, which Plescia and other public health officials, including Dr. Anthony Fauci, director of the National Institute of Allergy and Infectious Diseases, regard as a dangerous mistake.

“There’s a lot of concern about the public getting worried and confused and making decisions that don’t make sense,” Plescia said. “Plus anti-vaxxers make up stuff. I’m concerned about all kinds of misinformation put out on the variants.”

The more people who are vaccinated, the less chance the virus has to mutate and replicate. Vaccination, health officials insist, is key to ending the pandemic.

Stateline, an initiative of The Pew Charitable Trusts 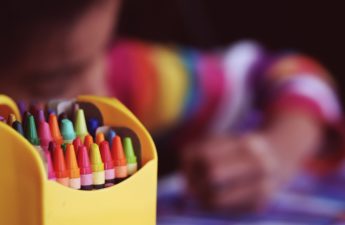