On any given day, Mary Ellen Pratt, CEO of St. James Parish Hospital in rural Lutcher, Louisiana, doesn’t know how she’s going to staff the 25-bed hospital she manages.

With the continued surge of the COVID-19 delta variant, she’s had to redirect resources. Her small team, including managers, has doubled up on duties, shifts and hours to care for intensive care patients, she said.

“We’re having to postpone elective surgeries that require hospitalizations because we can’t take care of those patients in the hospital,” Pratt said. “The staff working in outpatient services have been redeployed to bedside care.”

Since the beginning of the pandemic, Pratt said, she’s lost nurses who decided to retire early. The hospital offered salary bumps for current staff and incentive pay earlier in the pandemic, Pratt said. But with larger hospitals in urban areas offering hefty bonuses to lure workers, it’s difficult to recruit specialists and nurses to Lutcher.

Across the country, thousands of hospitals are overwhelmed with critically ill patients, prompting many overburdened nurses to change careers or retire early. The shortages are particularly dire in rural areas, rural health experts say, because of the aging workforce and population, smaller salaries and intense workload.

Rural health care leaders have begun offering sign-on bonuses and benefit packages to combat shortages during the pandemic. But they’ve found that even those perks aren’t enough to keep or attract skilled health professionals. Instead, they say, the focus needs to shift to boosting nursing school enrollment and getting workers into the field faster.

“It’s just very difficult to compete with some of the size and scale that bigger systems have,” Pratt said.

For decades, hospitals and clinics have struggled to recruit and retain enough doctors, nurses and administrators. The problem is particularly acute in rural areas. The recent delta surge has worsened the shortage, pushing some hospitals into crisis.

State health officials in Nebraska are so desperate they are trying to recruit unvaccinated nurses from other states and from hospitals that require the vaccine.

Some states and hospitals have requested assistance from the federal and state governments to deploy medical teams to alleviate the burden on local hospitals. Oregon Democratic Gov. Kate Brown announced Aug. 25 that up to 500 health care personnel would be placed in the central and southern regions of the state by way of Jogan Health Solutions, a medical staffing company. The state also signed a contract with staffing company AMN Healthcare to fill 60 additional nursing and clinical positions.

Georgia and Kentucky requested help from their states’ National Guard units. Mississippi is paying $8 million per week for 1,100 contract workers for eight weeks, reported Mississippi Today. And Texas hired 2,500 out-of-state medical professionals to reduce the strain on its hospitals.

In early August, the Louisiana Department of Health said that more than 50 hospitals requested staffing assistance, asking for more than 1,000 additional nurses. Gov. John Bel Edwards, a Democrat, warned that all staff shortages won’t be filled, The Associated Press reported.

Whitney Zahnd, a health researcher and associate professor at the College of Public Health at the University of Iowa, voiced concern that rural hospitals may go unnoticed by government officials who are sending emergency assistance to larger hospitals with more patients.

“We’re seeing that there’s not enough ICU beds for COVID patients in some areas and that’s a reflection for the need of nurses who have that expertise in intensive care,” Zahnd said, “because it’s not just about do these hospitals have physical beds, it’s if you have nurses to staff the beds.”

The University of Arkansas for Medical Sciences, the state’s largest academic medical institution, increased sign-on bonuses from $12,000 before the pandemic to $25,000 for experienced acute care nurses, spokesperson Leslie Taylor told Stateline. The bonus will be paid out over three years.

The health care provider also offered a $10,000 stipend to current staff nurses who commit to work for at least three years. Taylor said few nurses have taken advantage of the offer.

“We wish there could be more, but the nursing shortage is making it hard,” Taylor told Stateline.

In Wisconsin, one health care employer is offering up to $15,000 bonuses to nurses with a year of experience. At Monument Health in South Dakota, officials are providing a $40,000 incentive for ICU nurses to work for two years.

But as federal aid dries up, other health care systems aren’t able to provide extensive bonuses for recruitment.

Her system’s Paycheck Protection Program money has run out, Pratt said. “That’s been used. We’ve used all of our CARES Act money, so there aren’t any additional sources right now.”

Lari Gooding, CEO of Allendale County Hospital in western South Carolina, echoed those concerns. Gooding said he has been working with staffing agencies to hire travel nurses, who­ are registered nurses employed by independent nursing staffing agencies. They work short-term stints at hospitals, clinics and other health care facilities to fill in during shortages.

“We’ve talked about incentives and we’ve increased our pay a little bit,” Gooding said. “I think the hard part is that a lot of these travel nurses have gone to agencies to work and the agencies are paying a lot more than we can afford, even with incentives. In the long term, it’s not sustainable for us.”

Rural nurses on average make $4,000 less each year than their urban counterparts, said Iowa’s Zahnd. There must be ways to incentivize nurses to practice in rural areas other than pay, she added, including easing student loan debt and making training more accessible.

Recruitment efforts for rural nurses, she argued, should emphasize incentives beyond cash bonuses, such as the lower cost of living and a better quality of life relative to cities.

“There needs to be a work setting that makes people want to go work beyond the temporary influx of cash,” Zahnd said.

Alan Morgan, CEO of the National Rural Health Association, said funding and salary increases could entice nurses to rural areas. Federal programs, Morgan added, such as the National Health Service Corps Loan Repayment Program that repays health professionals’ student loans in exchange for working in shortage areas, help but are only a start.

“The immediate thing at hand is getting rural communities vaccinated and wearing masks because the burden being placed on clinical staff in a rural context is the crisis at hand,” Morgan said.STATELINE STORY July 22, 2020Rural Hospitals Hang on as Pandemic Reaches Smaller Communities

Practitioners, health leaders and experts tell Stateline that the burnout from the pandemic workload, compounded by sometimes lower pay and misinformation about COVID-19 vaccines, makes it more challenging for rural staff to do their jobs. These factors also push some rural medical workers to find jobs elsewhere or leave the profession.

In rural areas, the population is generally older and sicker and fewer people have health insurance than in urban areas, according to a National Rural Health Association policy brief. Physicians in cash-strapped rural hospitals are stretched thin, with longer hours, a larger workload and less pay.

A June report by the federal Health Resources and Services Administration found that rural regions make up 60% of areas facing shortages of health professionals.

By 2033, the U.S. could see a shortage of up to 130,000 physicians nationwide, according to a projection by the Association of American Medical Colleges.

Increasing the health worker pipeline by investing in education, using resources such as federal repayment programs for nursing students and getting more people vaccinated would help close the gap, experts and health officials say.

Having nursing students train in rural areas, using federal and state funds to pay for school and exposing younger students to the profession also would help strengthen the workforce over time, said Julie Marfell, a nursing practice expert and associate professor at the University of Kentucky College of Nursing.

In that vein, Edwards, the Louisiana governor, signed into law in June a measure that provides financial support for nurses and health care professionals to practice in medically underserved areas. The law also forgives student loans contingent upon employment in the state.

“We [have to] think about more ways that we can … have students in these areas, in the ICU and in the hospitals,” Marfell said. “As long as we’re able to provide experiences for these students, then we’re going to get people out there who are ready to work sooner.”

Student enrollment in medical colleges increased by 1.7% in 2020 from 2019, but it takes a few years to see results, said Dr. Janis Orlowski, chief health care officer at the Association of American Medical Colleges. Orlowski said the increased number of medical schools and larger class sizes have contributed to the gradual gains in enrollment. Despite this, the shortages persist.

“It takes about 10 years to educate a physician, so we’re just starting to see those increased numbers right now,” Orlowski said. “The length of time that this pandemic has gone on, and the fact that it hits so many parts of the United States, [it has] really just completely exhausted the physician and nursing workforce.”

Pratt of Louisiana worries that the longer the pandemic carries on, the more the workforce pool will dry up for rural hospitals like hers.

“We don’t have people in the pipeline that are ready to take on these roles,’’ Pratt said. “And so I fear that this shortage is going to be here for a while, unless we really start thinking about policies that will allow for more nursing school enrollment and faster ways of getting some of the staff out into the field because what we’ve got going right now is just not going to fill enough of the void.” 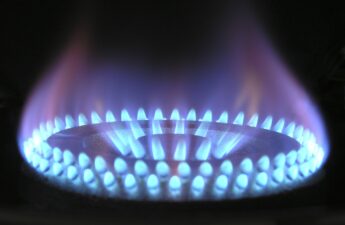 Are gas stoves bad for your health? 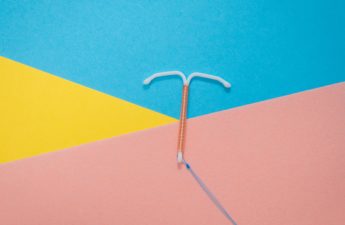 How primary care is poised to support reproductive health and abortion in the post-Roe era, UW doctors say