By Emily Hopkins and Andrea Suozzo, ProPublica
This story was originally published by ProPublica

More than a year after COVID-19 vaccines became widely available in nursing homes nationwide, the facilities have gone a long way toward blunting the virus’s threat to their most vulnerable residents.

But with the pandemic now in its third year, thousands of workers have found a way to avoid getting vaccinated, claiming what experts say are questionable medical exemptions from a federal mandate for health care employees, which went into effect this year.

Although few reasons exist for claiming a medical exemption, nearly 20,000 nursing home workers nationwide, or about 1 in 100, have obtained them, according to a ProPublica analysis of federal data. That rate is three times that of nursing home residents, a notably vulnerable group, who didn’t get the vaccine for medical reasons.

Dr. Jana Shaw, a pediatric infectious disease specialist at SUNY Upstate Medical University in Syracuse who studies vaccine hesitancy, said she thinks medical exemptions are being abused. “Previous research has shown, as we started mandating vaccinations, people will find avenues to get out of the obligation of getting vaccinated,” she said.

For every million doses of the vaccines available in the U.S., there have been fewer than six incidents that were serious enough to warrant not getting the vaccine, the Centers for Disease Control and Prevention found.

The consequences of an unvaccinated staff can be deadly. A recent study by a group of U.S. university researchers found that higher vaccination rates among nursing home employees could have reduced COVID-19 deaths among residents by nearly one-half during a two-month period last summer. The virus has now killed more than 150,000 nursing home residents and staff since the pandemic began.

About 1.7 million of 1.9 million nursing home workers across more than 15,000 U.S. facilities have gotten fully vaccinated since the shots became available in early 2021, according to CDC data as of late March. Since the announcement of a federal mandate for health care workers, more than 500,000 of those workers got their vaccinations, raising the national vaccination rate from 65% in September to 89% in late March.

The number of staff members who have claimed a medical exemption, meanwhile, has increased from about 9,400 when the mandate was announced to just under 20,000 as of late March. The data is self-reported by nursing homes and may contain some errors.

In more than a dozen facilities, a third to a half of the staff members have said they have a medical reason to forgo getting vaccinated. Those clusters have raised questions among scientists, said Tim Leslie, a researcher at George Mason University who has studied vaccination rates.

“That suggests some level of organization to achieve that outcome,” he said.

ProPublica is a Pulitzer Prize-winning investigative newsroom.
Sign up for The Big Story newsletter to receive stories like this one in your inbox.
Series: Coronavirus The U.S. Response to COVID-19

The CDC recommends that even people who had a nonserious allergic reaction to a dose of the COVID-19 vaccine take the full course. Only those with truly life-threatening allergies to the vaccine or one of its ingredients should avoid it, the CDC has said.

A far larger group — 164,000 workers — has declined to get the vaccine for another reason, which can include a religious objection. The federal government doesn’t track the number of religious exemptions.

Between medical exemptions and workers who refuse the vaccine for other reasons, more than 1 in 5 nursing home workers in Montana, Wyoming and Ohio have yet to get vaccinated — the highest rates in the country, according to the CDC data.

In a statement, the American Health Care Association/National Center for Assisted Living, which represents long-term care facilities, said nursing homes are committed to getting their employees vaccinated. It noted that unvaccinated workers must take precautions to prevent the spread of infection.

“Each hesitant staff member has their own unique reason(s) for choosing not to get the vaccine,” the statement said. “Despite rampant misinformation spreading online, the industry has made significant progress. We have found that it takes a multi-pronged, persistent approach to help increase vaccination rates.”

Facilities with unvaccinated workers face graduated penalties that could result in losing federal funding as a “final measure,” according to the Centers for Medicare and Medicaid Services, the federal agency that regulates nursing homes. The agency has the data to identify facilities with unusually high rates of medical exemptions, but it has instructed state inspectors to review the exemptions only during routine visits rather than during special inspections. It could be months before visits are made to some facilities.

CMS has told inspectors not to examine religious exemptions.

The gaps in vaccination, the potential abuse of exemptions and the current enforcement program have advocates for residents concerned that too many nursing home workers will remain unvaccinated.

In a statement, a CMS spokesperson said that the agency “remains pleased by progress to-date” and that its goal is to bring nursing homes into compliance rather than discipline facilities. It said, too, that exemptions “could be appropriate in certain limited circumstances.”

“No exemption should be provided to any staff for whom it is not legally required or who requests an exemption solely to evade vaccination,” the statement said.

At least one facility has been cited by state regulators for an employee claiming a false medical reason to forgo the vaccine. Inspectors issued a deficiency to Premier Washington Health Center in Washington, Pennsylvania, after an employee obtained a medical exemption for multiple sclerosis. The condition is not among those the CDC lists as qualifying for an exemption; the employee was later granted a different exemption, according to the state’s inspection report.

Officials at Premier Washington did not respond to requests for comment.

In Michigan, 20 facilities that until initially reported large numbers of exemptions are operated by NexCare WellBridge Senior Living, which has 26 nursing homes in the state, according to its websites. The company reported that more than 500 of its roughly 3,300 employees had claimed a medical exemption as of Feb. 27. Only 32 residents in those facilities didn’t get the vaccine because of medical reasons as of that date.

Holli Titus, a company spokesperson, said in a statement that exemption requests “are not indicative of the nursing home, but of our country’s (and certain regions’) overall vaccine hesitancy.”

“NexCare and WellBridge remain confident that state surveyors will find our vaccination records in order and in compliance with federal regulations,” she said, adding later that the reporting process for vaccinations “caused confusion” among nursing home companies. The company “will continue to evaluate the reporting process and make adjustments if more clarification becomes available.”

Leslie, the health researcher, said people who are reluctant to get vaccinated will seek ways around the mandates. He observed this among California schoolchildren after the state in 2015 eliminated a personal-belief exemption for vaccines kids must get to attend school. The following year, the rate of medical exemptions nearly tripled, according to his research.

Leslie found that the increase was even higher in counties that had previously reported the highest rates of personal exemptions, suggesting that some parents who were hesitant to get their children vaccinated had found physicians willing to grant them medical exemptions.

“We were surprised at the level of medical exemptions, and we were concerned that they had turned into another avenue for hesitant parents,” he said.

The nation’s nursing homes will soon face another challenge: waning immunity of those who have received COVID-19 vaccines. The U.S. Food and Drug Administration has authorized second boosters for people 50 and older and for some immunocompromised adults. But many nursing home staff members and residents still have not received their first booster shot.

In its statement, CMS said that it considers workers who have completed the initial vaccine series to be fully vaccinated, a definition the CDC also uses, and that boosters remain optional. It did not say if it would require boosters in the future.

Dr. Brian McGarry, a health services researcher at the University of Rochester Medical Center in New York who has studied the effectiveness of COVID-19 vaccines in nursing homes, called lags in administering boosters to residents a “policy failure,” especially when compared with previous efforts to quickly get residents vaccinated in early 2021.

“The right time to do it would be before the omicron wave, and we missed the boat on that,” he said.

With that wave fading, most U.S. cities have relaxed coronavirus restrictions, even as experts warn that a more transmissible subvariant has become the dominant strain. That is prompting fears that another surge is looming.

“The mandate was the last push,” Shaw, the New York physician, said. “I don’t think we have much more left.” 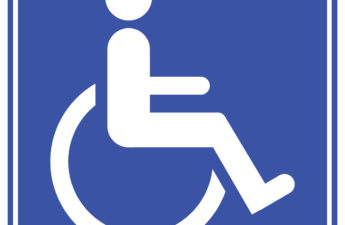 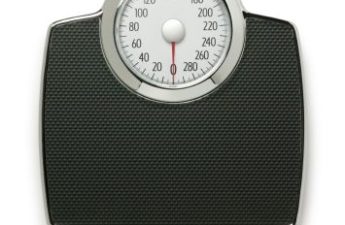 ‘Almost Like Malpractice’: To Shed Bias, Doctors Get Schooled to Look Beyond Obesity