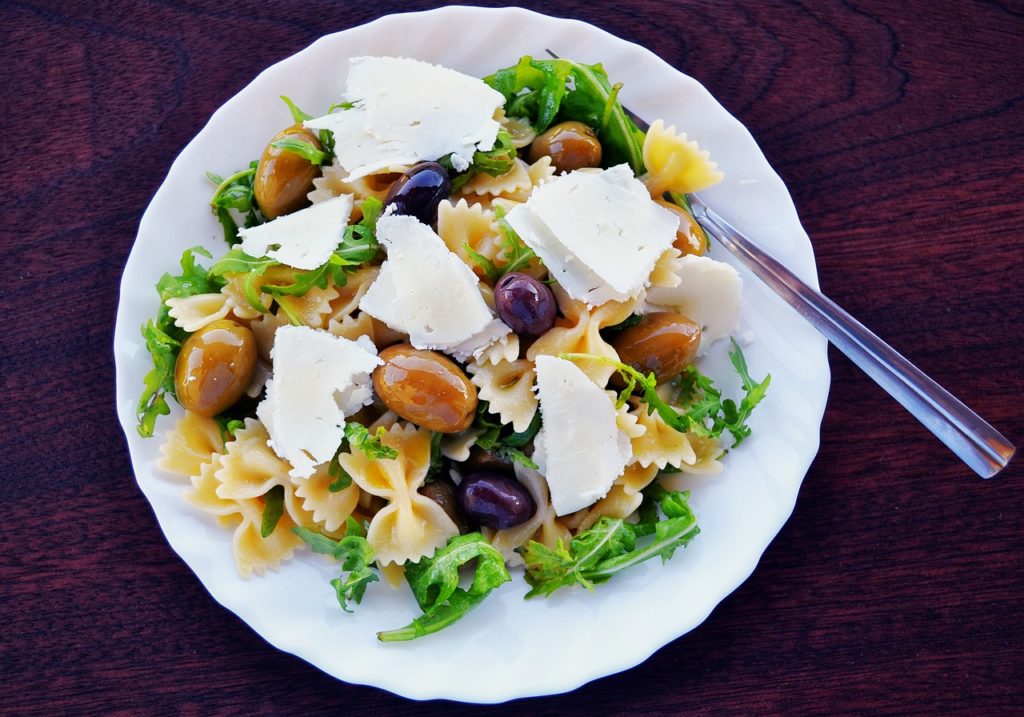 Even When Not In Rome, Eat A Mediterranean Diet To Cut Heart Disease Risk

Once again, your mother was right. You really do need to eat your vegetables. And while you are at it, put down the bacon and pick up the olive oil, because new research supports the contention that switching to a Mediterranean diet could significantly decrease the risk of heart disease.

According to a study published Friday in JAMA Network Open, people who followed this type of diet had 25 percent less risk of developing cardiovascular disease over the course of 12 years.

The diet’s components make sense to anyone who follows nutrition news. Avoid red meat in favor of “good” fats like fish and poultry. Swap out salt for herbs and spices. Ditch butter and margarine and opt for olive oil instead. Most important, eat a lot of fruits and vegetables. Nuts are good, so are whole grains. And, every once in a while, have a glass of red wine.

Since the 1950s, researchers have pointed out this diet’s possible cardiovascular benefits. More recently, it has been credited with addressing any number of ills, including Alzheimer’s disease, asthma and helping pregnant women control factors that lead to high-birth-weight babies and contribute to obesity risk factors as kids grow.

Until Friday’s study, though, no randomized trials had been conducted in the U.S. to determine this diet’s long-term effects. This research also sought to shed light on the molecular underpinnings of why.

The mechanisms by which the Mediterranean diet reduced cardiovascular disease “were sort of a black box,” said Shafqat Ahmad, the lead author of the paper and a researcher in the department of nutrition at Brigham and Women’s Hospital and the Harvard T.H. Chan School of Public Health. “We know it reduced cardiovascular risk,” he added, but the precise ways it had this effect over time “are not well understood.”

Ahmad and his co-authors, using a panel of nine biomarkers in blood tests, were able to isolate exactly why the diet reduces heart disease.

Inflammation was the issue for Meg Grigoletti, a 23-year-old graduate student from New Jersey who switched to a Mediterranean diet when she was recovering from back surgery in 2014. Her doctors recommended it to reduce swelling, hoping it would ease the pain in her back and help her migraines.

“It’s more of a lifestyle than a diet,” Grigoletti said. “It taught me what food is good for me and what’s not.”

Researchers followed more than 25,000 women who were part of the Women’s Health Study, a survey of female health professionals older than 45. At the beginning of the study, participants completed a questionnaire on 131 different foods to assess their diets. They were then assigned different “MED scores” on a scale of 1 to 9, based on how closely they followed the Mediterranean diet.

There were three levels, people who scored between zero and 3 were on the low end, 4 to 5 was in the middle and 6 and up was categorized as a high intake of Mediterranean diet foods.

The participants’ cardiovascular health was then tracked for 12 years.

When all was said and done, those in the middle category saw a 23 percent reduction in risk, and the upper category had 28 percent less risk of cardiovascular disease.

Heart disease is the leading cause of death for both men and women, according to the Centers for Disease Control and Prevention — claiming about 600,000 lives each year. Coronary heart disease is the most common form, killing more than 370,000 people annually. Each year, about 735,000 Americans have a heart attack.

The authors pointed out that these findings do have limitations. For instance, the study relied on self-reported data, which isn’t always accurate — especially when it involves diet choices. The participants, all of whom were female health professionals, also might lean toward healthier behaviors than the rest of the population.

The results of the study weren’t a shock to Dr. Andrew Freeman, the director of cardiovascular prevention and wellness at National Jewish Health hospital in Denver. He wasn’t involved in the study but has been recommending a Mediterranean diet, or a similar version of it that emphasizes vegetables and fruit, to his patients for years.

“There’s a lot of noise out there, but the signal that’s been out there the longest is this kind of plant-based diet is the best.”

He also acknowledged that there is a lot of competing nutritional information swirling around the airwaves and the internet, which amounts to “a whole lot of hype” that makes healthy eating habits a difficult regimen for many consumers.

And doctors often don’t have clear information, either. “The vast majority of cardiologists and health providers in general have very little nutrition training,” Freeman said.

He switched to a mostly plant-based diet after his residency, and lost 35 pounds. He now recommends this approach to his patients, too. He said he has seen his patients’ conditions — heart disease, high blood pressure and diabetes — improve.

“Nutrition and lifestyle medicine is the place where there’s a chance of a cure,” Freeman said.

Are vegan diets good for your heart? 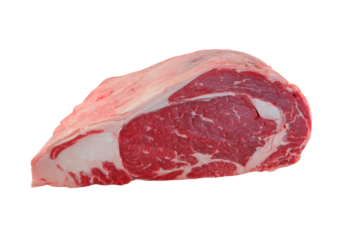 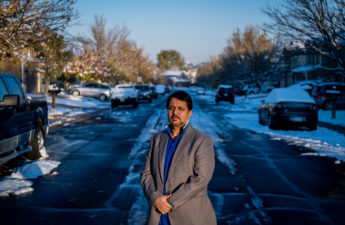