Adolescent Marijuana Use Fell After Legalization in Washington

Marijuana use among teenagers in Washington state appears to have declined in the years immediately following the legalization of recreational marijuana in 2012, contradicting earlier estimates about the trend, according to a new study.

Researchers from the RAND Corporation and other organizations found that marijuana use dropped a small, but statistically significant amount among eighth graders and 10th graders in Washington following legalization, while no change was observed among 12th graders.

The findings, published as a researcher letter by the journal JAMA Pediatrics, highlight the need for researchers to use representative surveys when trying to determine the influence that legalization has on youth marijuana use.

“The effect of legalization on youth marijuana use is an important public health question that needs to be revisited using a multitude of data sets,” said Rosalie Liccardo Pacula, co-author of the study and co-director of the RAND Drug Policy Research Center. “This work underscores the importance of understanding who is being captured in each data set so we can better understand how representative the sample is when trying to draw policy conclusions from the analysis.”

The new study used results from the Washington Healthy Youth Survey, which is conducted in a random sample of public schools in the state every two years. Researchers analyzed results from both the 2014 and 2016 surveys and compared the findings to periods before legalization.

A prior study of youth cannabis use following legalization analyzed information from Monitoring the Future, on ongoing survey about the behaviors, attitudes and values of American students. While the survey collects a large amount of information nationally, it does not include enough participants to produce representative samples for every state.

Researchers say the Washington state survey provides better information about adolescent marijuana use in Washington because it is representative of the state’s students and includes enough participants to track use in different parts of the state over time.

Researchers caution that while the findings highlight an encouraging trend, there is not enough evidence to determine how legalization may influence youth cannabis use over the long term.

“These findings do not provide a final answer about how legalization ultimately may influence youth marijuana usage,” Pacula said. “A variety of factors may influence the behavior of adolescents and those factors are likely to influence behaviors in different ways over time.”

Researchers say that in addition to monitoring overall trends in youth marijuana use, future work needs to examine issues such as how the density of marijuana outlets, the amount and types of advertising, and exposure to new products affect adolescent consumption.

Other issues to consider for the future include whether certain groups of adolescents are more or less likely to use marijuana and patterns of consumptions by young people, according to researchers.

Other authors of the study are Julia D. Dilley and Susan M. Richardson of the Oregon Public Health Division, Beau Kilmer of RAND, Mary B. Segawa of the Washington State Liquor and Cannabis Board, and Magdalena Cerdá of New York University.

Since 1989, the RAND Drug Policy Research Center has conducted research to help policymakers in the United States and throughout the world address issues involving alcohol and other drugs. In doing so, the center brings an objective and data-driven perspective to an often emotional and fractious policy arena. 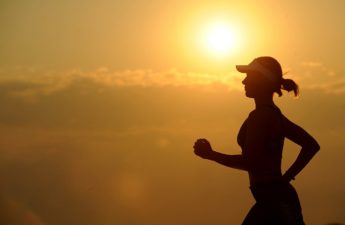