John Frean, University of the Witwatersrand

Every death from malaria is a tragedy. But many infections can be prevented. This is particularly true for holidaymakers, travellers, or people visiting their families in malaria endemic areas. A

ll they need to do is follow some very simple rules. Malaria is a complicated disease – I should know, after studying it for more than 30 years – but the solutions to avoiding and treating it can be as simple as “ABCD”. If the basics of prevention are followed, a great deal of unnecessary illness and mortality can be avoided.

A is for Awareness and Avoidance of malaria risk

Several factors influence your chance of getting malaria in a particular area. Understanding these can help you to avoid or least minimise the risk.

The first question to ask is: how much malaria normally occurs in the area, and when? The answer will depend on altitude and climate – generally the lower, warmer and more humid the place, the more suitable it is for malaria vectors, the Anopheles mosquitoes.

In southern Africa, most malaria is seasonal. It increases during warmer and wetter summer months (September to May in the southern hemisphere). The risk in winter is generally lower, but that doesn’t mean it’s absent.

Some people are at higher risk for severe malaria and should ideally avoid malaria transmission areas altogether. These include pregnant women, babies and young children, people who’ve had their spleens removed and those with weak immune systems.

B is for mosquito bites – and avoiding them

Avoiding mosquito bites is the most important preventive measure. This is because the mosquito bite is what transmits the parasite. No bite, no transmission.

There are a number of ways to avoid mosquito bites. These include staying indoors between dusk and dawn and covering up bare skin when outside at night. (Mosquitoes find ankles particularly attractive.)

There are also a number of repellents and insecticides that can deter mosquitoes. Repellents should be applied to bare skin, and clothes can be treated. Other ways to avoid being bitten include burning mosquito coils or using heated insecticide mats in living and sleeping areas at night, and using insecticide-treated mosquito nets.

Using ceiling fans and air conditioners discourages mosquito activity indoors, likewise making sure screens on windows are closed and in good condition. Just because you don’t hear mosquitoes buzzing around doesn’t mean you are safe – the malaria mosquitoes fly silently.

C is for Chemoprophylaxis and Compliance

You should consult a health care practitioner with travel medicine experience well before travelling to an endemic malaria area. During this consultation, you can figure out whether you need chemoprophylaxis (medication to prevent infection) in addition to personal protection measures.

Several factors will influence this decision. These include the risk of contracting malaria (the area and type of accommodation, time of year, and duration of visit); personal factors such as age, current medication and existing illness; and medication options, their availability and price, adverse effects and resistance.

There are two type of medications used for malaria prophylaxis, they act at different life stages of the parasite in the body. Atovaquone-proguanil products stop infection early, soon after the mosquito bite. The second type (doxycycline, mefloquine and atovaquone-proguanil) treat a later stage of infection, but before the parasites can multiply enough to cause symptoms.

Whichever medication your doctor recommends, if any, it’s important to take it exactly as directed and to finish the course.

There’s a dangerous myth that chemoprophylaxis “masks” symptoms and makes malaria more difficult to diagnose. Prophylactic medications are highly effective if taken properly. But the infection may take longer to show if compliance is poor and doses are missed or prematurely stopped. It’s important to understand that no prophylactic regimen is 100% effective – but infection is still likely to be milder than if no prophylaxis was used.

D is for Detection

Sometimes precautions can’t protect you entirely. That’s when it becomes important to diagnose malaria as early as possible. If you get ill with flu-like symptoms such as headache, fever, chills, joint and muscle pains up to three months after returning from a malaria area, be sure to mention this to your health care providers.

A single negative test doesn’t rule out malaria, and tests should be repeated until either malaria is confirmed, or an alternative diagnosis is made. Occasionally, malaria is transmitted outside endemic areas by mosquitoes that have hitched rides in cars or taxis, and because there’s no travel history to alert doctors to the possibility of malaria, the diagnosis is often delayed, sometimes with fatal consequences. One clue to malaria here is a low platelet count. This is often picked up accidentally when tests are being done for a feverish illness with no obvious cause.

To wrap it up

A number of steps are key to ensuring a quick recovery. These are: reporting the illness early after travelling in a malaria area; prompt diagnosis; and, finally, early and effective treatment.

If any of these steps are delayed the chances of developing severe and complicated malaria are much higher – and the rate of survival substantially lower.

This article is republished from The Conversation under a Creative Commons license. 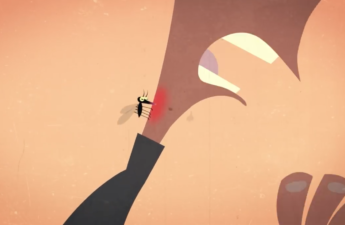