New Studies Suggest They Should Be Used Less Often.

As Rhode Island confronts the risks associated with EMS personnel inserting breathing tubes in cardiac arrest patients, new studies suggest that the practice should be limited outside hospitals.

Two separate studies published last year, one in the United States and one in the United Kingdom, offer fresh evidence that patients fare at least as well, if not better, when emergency medical services workers opted for alternatives to intubating.

One study of about 3,000 cardiac arrest patients in the U.S. found that these adults had a “significantly greater” chance of surviving 72 hours if the EMS providers used a less-invasive “laryngeal tube” to help them breathe, compared with those who had an endotracheal intubation.

During an intubation, a tube is inserted through the mouth and visually guided down into the trachea, to deliver oxygen to the lungs. But if the tube is misplaced, it can accidentally wind up in the patient’s esophagus, blowing air into the stomach.

By contrast, a laryngeal tube, often referred to as a “King Tube,” is fitted with two inflatable balloons, one blocking the opening to the esophagus, to ensure that the oxygen is directed into the lungs.

Patients treated with less-invasive breathing devices, the study found, also had a higher rate of good neurological outcomes compared with those who were intubated.

Another study of about 9,000 cardiac arrest patients in England found no difference in patients’ conditions after 30 days between those who had been intubated and those treated with the less-invasive devices.

The American Heart Association now recommends that EMS agencies opt for alternative devices if they have minimal training in properly placing those tubes or if they have a low percentage of providers who can successfully insert the tube into the trachea on the “first pass.”

“There are now multiple choices of devices that are safer, easier to place” and “most importantly” enable the patient to breathe, said Dia Gainor, executive director of the National Association of State EMS Officials.

In hospital operating rooms, intubations are performed almost exclusively by anesthesiologists, working under bright lights, on patients who are heavily sedated.

Even emergency room doctors who treat critically ill patients have an advantage over EMS providers if they’re working in hospitals with access to more medications, devices and staff to assist them.

EMS providers, on the other hand, often work in conditions that are cramped or dimly lit.

“Performed incorrectly, endotracheal intubation is a very dangerous intervention,” said Gainor, who worked more than a decade as a volunteer paramedic. “This is about suffocation.”

Several EMS departments in Rhode Island have recently bought tube-mounted cameras, which can help providers see into a patient’s airway. But if a patient is vomiting or bleeding, the devices become useless. And the findings on whether they improve performance remain inconclusive.

In Maine, where EMTs with advanced training used to be allowed to intubate patients, the practice was restricted to paramedics in 2011, to align with the national recommendations for EMS procedures. Over the next four years, the number of intubations statewide declined by nearly half.

In Rhode Island, the number of endotracheal intubations reported by EMS providers during the past three years increased 29%, to 171 intubations in 2018, from 132 in 2016, according to data from the state Department of Health. It’s unclear whether some of the increase may be due to better reporting.

“So it becomes a very difficult situation for medical oversight and physicians,” he said, “to provide that training and assure that folks can do it correctly.”

Dr. John F. Jardine, a medical director for several EMS agencies in Rhode Island, said the solution is not to restrict the use of a life-saving procedure but rather to use preventive measures such as waveform capnography, a device that sounds an alarm if a breathing tube is misplaced. The “real problem,” he said, is not following the protocols.

ProPublica is a Pulitzer Prize-winning investigative newsroom. Sign up for The Big Story newsletter to receive stories like this one in your inbox. 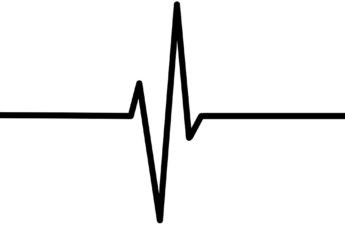 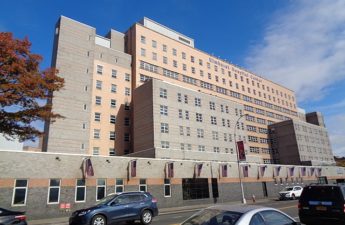 She Came to New York to Help Fight COVID. She Walked Into a “War Movie.” 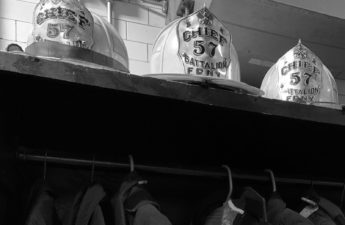