In Mississippi, absent direct guidance from Republican Gov. Tate Reeves, the state’s mayors acted on their own to create a patchwork of local stay-at-home and social distancing orders. Eventually, Reeves issued an order superseding local efforts.

The governor’s order included a broader definition of essential businesses, which emboldened some establishments to reopen after cities ordered them closed.

Mayors who sought to protect their communities were left dumbfounded and asked the governor to clarify his order.

Potholes aren’t political, and the virus shouldn’t be either, said Lynn Spruill, Democratic mayor of Starkville, Mississippi, a college town of 25,000 nearly an hour’s drive from the nearest interstate highway.

Spruill, who has been helping by answering the phone at City Hall, said she watched with worry as New Orleans became a COVID-19 hotspot. She was certain that people in her community traveled there for Mardi Gras.

Absent early action from Reeves, Spruill prohibited gatherings of more than 10 people and restricted restaurants to takeout and drive-thru. After seeing young people congregate in parks, she tried to get the city board of aldermen to pass another emergency ordinance, but it failed.

“None of us have seen this before and it’s all the kind of thing that sadly becomes political in terms of finger-pointing and that sort of thing,” Spruill said. “And it doesn’t help that we’ve got an election coming up. All of that complicates the decisions and colors the decisions. And it’s unfortunate.”

Many states found their decision-making hampered by President Donald Trump’s all-caps assertion on Twitter that the consequences of an economic slowdown would be worse than the effects of the virus itself — an opinion that defies the advice of health experts.

“Look, this is really, really hard,” Brown said last week in an interview on Oregon Public Broadcasting. “That order substantially alters the way people live their lives and I am well aware of that. Every executive order I issue at this point in time has a ripple effect on people’s lives and their livelihoods.”

Even governors in frontline states have hesitated to issue statewide orders, including in Washington, where the first cases appeared. Gov. Jay Inslee, a Democrat, issued a statewide stay-at-home order the same day as Brown. Like Brown, he said he hoped that strongly urging people to say home would be enough. It was not.

“I have heard from health professionals, local officials and others that people still aren’t practicing these precautions,” Inslee said, while announcing his order.

In Idaho, Boise Mayor Lauren McLean, a Democrat, told Republican Gov. Brad Little last week that she and other regional leaders were prepared to order residents to stay home if he did not.

“I can do something here, but people could still have the option to leave my community and move about,” McLean said, “and we know that that’s not in the best interest of our goal of our community or helpful to the goals of slowing the infection rates.”

“Every state is in a different stage,” he said at the news conference. “I am confident that the decisions that we have made in Idaho, over the past few weeks and months, have been solidly grounded in the advice for epidemiologists and our infectious disease experts.”

Conflicts between mayors and governors continued to play out in Florida, too, where GOP Gov. Ron DeSantis said last week he had no intention of calling for a statewide stay-at-home order.

In Miami, Republican Mayor Francis Suarez, who tested positive for the coronavirus and is posting daily video diaries on Instagram from his quarantine, issued a stay-at-home order the night before. “The sooner we take action, the sooner we can return to normalcy,” Suarez said.

Like Trump, DeSantis argued that lengthy stay-at-home orders could be worse for the economy than the effects of the virus itself.

“There’s certain parts of the state where you have more sporadic cases, and to order someone not to be able to earn a paycheck, when them going to work is not going to have any effect on what we’re doing with the virus, that is something that I think is inappropriate,” DeSantis said last week in a news conference.

In Oregon, Jones, the Astoria mayor, said he didn’t blame Brown for taking a few days to issue a statewide order: “I don’t have a beef with the governor at all,” he said. “She’s in a very tough position, trying to make a decision that applies statewide across rural areas and heavily populated areas and can be fair to everyone. It’s virtually impossible.”

Brown told the radio station she took the criticism in stride — although she said she heard from many others that her order went too far and put the state’s economy at greater risk.

“Here’s the harsh reality: None of us have lived through a global pandemic like this one,” Brown said. “The world has never seen anything like this. There is no playbook.” 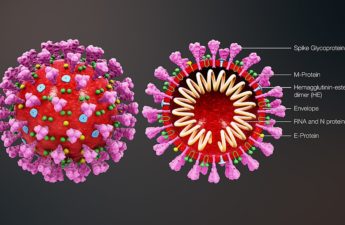 How leadership in various countries has affected COVID-19 response effectiveness 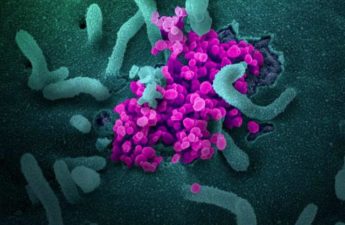