After a Texas federal court sided with a Houston hospital that required workers to get a COVID-19 vaccine or find another job, public health experts predict that most hospitals and medical practices will soon issue similar mandates.

When vaccines first became available in December under an emergency use authorization, hospitals reported that they planned to wait until the U.S. Food and Drug Administration granted full approval of the vaccines before deciding whether to make the shots mandatory.

Requiring health care workers to get shots makes sense for liability reasons, said James Hodge Jr., a law professor at Arizona State University and director of the Network for Public Health Law’s Western Region Office. He said hospitals and other medical groups run a serious legal risk if a patient becomes infected from contact with an unvaccinated worker.

A growing number of hospitals are beginning to make the vaccine mandatory for workers, with some religious and medical exceptions, the American Hospital Association said in a statement emailed to Stateline. But some are waiting until the FDA fully approves the shots and more safety and efficacy data becomes available.

In all but Tennessee, the new laws prohibit employers from requiring workers to get a vaccine but carve out an exception for health care and public health workers, according to research by the National Conference of State Legislatures.

Tennessee’s law prohibits the governor or a state agency from requiring any individual to get vaccinated and does not make an exception for health care workers.

In the Texas case, 117 workers at Houston Methodist Hospital who had been put on leave without pay for refusing to accept a hospital-supplied vaccination by June 7 filed a lawsuit claiming their suspension and potential firing constituted wrongful termination.

U.S. District Judge Lynn Hughes of the Southern District of Texas rejected the case, arguing in a June 12 ruling that if the hospital’s employees didn’t want to receive a COVID-19 shot, they were free to work elsewhere.

“Methodist is trying to do their business of saving lives without giving them the COVID-19 virus. It is a choice made to keep staff, patients and their families safer,” he wrote.

Hughes cited a 1905 U.S. Supreme Court case, Jacobson v. Massachusetts, which found that Cambridge, Massachusetts, had the legal authority to require residents to be vaccinated against smallpox or pay a fine of $5. The high court found that the mandate was justified to protect public health.

Hughes’ five-page ruling is thought to be the first substantive judgement on the issue of COVID-19 vaccination mandates. At least six other cases involving schools, universities, first responders and nursing home workers are still pending or have been summarily dismissed, according to research by the Network for Public Health Law.

Texas is not the only place where hospital workers are protesting vaccine requirements.

In Indiana, more than 11,000 employees of Indiana University Health signed a petition asking the medical system for the freedom to choose whether to take the vaccine, according to a report by WLKY, a CBS News affiliate. The health system, based in Indianapolis, employs more than 34,000 workers.

Beyond any legal issues, medical workers in all settings have an ethical and professional obligation to protect their patients by getting a COVID-19 vaccination, said Dr. William Schaffner, professor of preventive medicine at Vanderbilt University School of Medicine and medical director for the National Foundation for Infectious Diseases.

He said he wasn’t surprised that hospitals were starting to require the vaccine with only emergency authorization by the FDA, or that the Texas court upheld the mandate. “We’ve given this vaccine to close to 70% of the U.S. population and the data indicates that its efficacy and safety are holding up very strongly.”

Dr. Marcus Plescia, chief medical officer for the Association of State and Territorial Health Officials, said the health field should be the top priority for workplace mandates.

“Getting vaccinated is part of the health care ethic,” he said. “You take care of physically very vulnerable people and you need to protect them. I’m always surprised that there’s a contingent in health care that don’t want to get vaccinated.”

The organizations also have urged medical professionals to get vaccinated as a way of setting an example for patients who may be reluctant to get a jab.

“Practicing physicians across the country are leading by example, with an amazing uptake of the COVID-19 vaccines,” said American Medical Association President Dr. Susan Bailey in a public statement. “Physicians and clinicians are uniquely positioned to listen to and validate patient concerns, and one of the most powerful anecdotes a physician can offer is that they themselves have been vaccinated.”

A June 11 survey by the American Medical Association showed that 96% of responding physicians had been fully vaccinated against COVID-19.

A survey conducted by the American Nurses Association between Jan. 19 and Feb. 16 found that 70% of nurses who responded already had received at least one shot. The organization plans to survey its members again this summer.

For most health care workers, an annual flu shot already is compulsory, as are immunizations for measles, mumps, chickenpox and other infectious diseases. Over the decades, health care employees have filed dozens of legal cases against those requirements, Hodges said, but like the Texas case, courts have routinely dismissed them.

In general, current vaccine mandates were established only after the vaccines received final FDA approval. So far, the three COVID-19 vaccines in use in the U.S. have received only emergency use authorization, although Pfizer and Moderna have applied for full approval of their products.

In the Texas lawsuit, the lead plaintiff, Jennifer Bridges, claimed she was asked to become a “human guinea pig” because the vaccines had only received emergency use authorization. She argued in the complaint that “no one can be mandated to receive ‘unapproved’ medicines in emergencies.”

Hughes rejected her claim, ruling that emergency authorization “neither expands nor restricts the responsibilities of private employers.”

But the federal Centers for Disease Control and Prevention on May 25 said that “for some healthcare workers or essential employees, a state or local government or employer, for example, may require or mandate that workers be vaccinated as a matter of state or other law.”

And the federal Equal Employment Opportunity Commission announced May 28 that employer vaccine mandates do not violate federal rules. 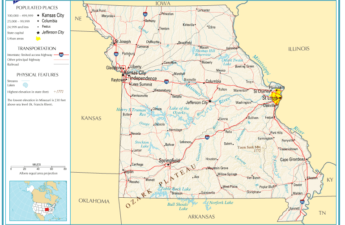 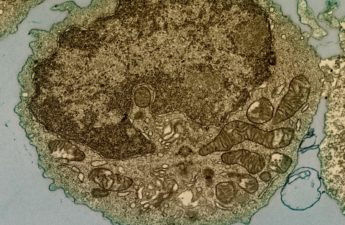 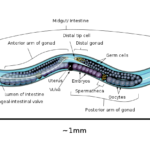