As director of the Endometriosis and Pelvic Pain Consultative Clinic and co-director of the Gynecology Division at the University of Michigan Health Von Voigtlander Women’s Hospital, she finds herself helping newly diagnosed patients understand the chronic disease in which tissue that is similar to the cells of the uterus abnormally spreads outside of it. This includes places like the ovaries, fallopian tubes, uterine ligaments and other parts of the pelvis. Because each case is unique, she approaches it as a puzzle to solve.

“One of the fascinating things about endometriosis is that it’s so multifactorial. There’s a lot about the disease itself that we don’t understand, and it deserves a lot more attention,” As-Sanie said.

Endometriosis is easy to misdiagnose because its symptoms can be associated with other illnesses. Cases can often take 10 years to accurately diagnose, so more attention on endometriosis would accelerate a correct, earlier diagnosis, she says.

As-Sanie is shining the spotlight on it every opportunity she can. Here are nine facts about endometriosis that she wants every person to know.

9 facts to know about endometriosis

“Endo,” as it’s occasionally called, gets its name from endometrium, the tissue that lines the uterus and sheds each month – a menstrual period – absent of pregnancy.

When tissue similar to endometrium is found outside of the uterus, usually in the reproductive organs in the pelvic area, it responds to the hormones that fluctuate during a menstrual cycle. This tissue is growing new blood vessels and nerves and is associated with inflammation and fibrosis. It’s often the source of inflammation and scarring, which may lead to chronic pain and infertility.

That tissue has also been found on the surface of or invading into the walls of other organs, wreaking havoc on the bladder, rectum, bowel and more

2. What are the symptoms of endometriosis?

Extremely painful periods are the most common symptom, but there are occasions where people have only mild pain.

“I would generally say that for anyone who has pelvic pain – whether or not it’s painful menstrual periods or daily pelvic pain – if it’s severe enough that it’s interfering with their quality of life, if it’s preventing them from doing their usual activities, whether it’s going to school or work or enjoying time with their family, that by definition should be considered abnormal and deserves evaluation,” As-Sanie said.

She also has patients who have endometriosis and they have no pain at all. Others have no perceived symptoms altogether. “That’s one reason why it can be hard to diagnosis,” she said.

The most common symptoms include:

“All of these symptoms are nonspecific, meaning there are many different conditions that can cause very similar symptoms,” As-Sanie said. That’s why endometriosis is a puzzle.

3. Who’s at risk for endometriosis?

It’s a widespread disease. One in 10 reproductive women have endometriosis, according to the Endometriosis Foundation Association.

It can start with a first period, but it’s most commonly diagnosed in women in their 30s and 40s. Sometimes, the first noticeable symptoms show up after stopping birth control. It usually improves in menopause if hormone treatments are avoided.

According to the Office on Women’s Health in the U.S. Department of Health & Human Services, endometriosis is more common in women who:

Researchers can’t pinpoint the cause of endometriosis yet. The most accepted explanations are:

5. How is endometriosis diagnosed?

The definitive way to diagnosis is by surgery with biopsy of endometriosis implants, As-Sanie said. Laparoscopy is the standard method because it allows a surgeon to use a thin tube with a video camera on its end to examine the pelvis and abdomen and take tissue samples or remove the endometriosis tissue. The tube is inserted through a small cut near the navel and several other small incisions are used as well. The patient is given general anesthesia for the procedure.

“One of the fascinating things about endometriosis is that it’s so multifactorial. There’s a lot about the disease itself that we don’t understand, and it deserves a lot more attention.”

Ultrasounds and MRIs also may be used to diagnose endometriosis. For example, ultrasound can identify ovarian cysts associated with endometriosis (endometriomas or “chocolate cysts”), while MRIs can identify larger or deeply invasive lesions such as those that invade the uterine ligaments, bowel or bladder. However, it is important to note that the most common form of endometriosis is “superficial” implants and these are usually too small to be detected by ultrasound or MRI.

What’s essential for an early diagnosis is for a physician to take a complete history of the patient’s symptoms and put the pieces together, As-Sanie said. For example, bowel pain and bloating may not be irritable bowel symptoms at all, especially if they occur during an especially painful period. Patients should track their own symptoms to give an accurate picture to their physician. And if any physician dismisses a complaint about painful periods or downplays any symptoms, seek an endometriosis specialist for a second opinion.

6. Can you get pregnant with endometriosis?

“Because they’ve never had any painful symptoms, some patients don’t even know they have endometriosis until they’re trying to become pregnant,” she said.

Researchers continue to work to understand how endometriosis impacts infertility. Theories include:

7.  What other health conditions are associated with endometriosis?

If having endometriosis wasn’t enough, we are learning that endometriosis is a systemic and chronic condition and patients have a higher probability of having the following conditions as well:

8. How do you treat endometriosis?

Before recommending surgery, a physician will often suggest medication treatments that manage endometriosis. Because estrogen stimulates endometriosis, suppressing the hormone is often the best and first line of defense. These medications can be started based on a clinical, ultrasound or MRI diagnosis of endometriosis and could include:

If surgery is the recommended treatment, patients are usually advised to remain on hormone suppressive medication after surgery to keep the lesions from regrowing, As-Sanie said. Unfortunately, the tissue often grows back and/or the surgery is not helpful but post-surgery hormone treatment can lower the risk of recurrent endometriosis.

Surgery is almost always laparoscopic to remove the wayward tissue. Hysterectomy – removal of the uterus with or without the ovaries – is usually only considered when all other treatments have not been successful and when a patient does not wish to become pregnant in the future.

“A hysterectomy is not a guaranteed cure for pelvic pain or endometriosis, unfortunately,” she said.

9. Is there a cure for endometriosis?

Not yet, but scientists are learning more about the disease every day. 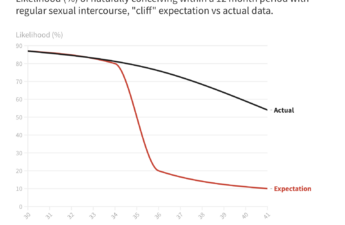 Sexually active women 45 and under who have not been tested for syphilis since Jan. 2021 should be tested, say King County health officials 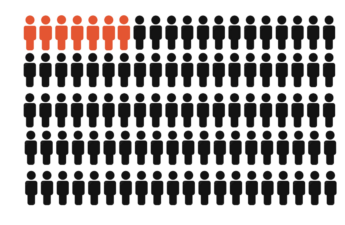