In the 21st century, food is seen as medicine — and a tool to cut health care costs.

The food is medicine spectrum ranges from simply encouraging people to plant a garden and learn to cook healthfully, as state Sen. Judy Lee, a Republican, does in North Dakota — “We don’t do policies about gardening,” she said — to an intensive California pilot project that delivers two medically tailored meals plus snacks daily and offers three counseling sessions with a registered dietitian over 12 weeks.

The California Legislature last year became the first in the nation to fund a large-scale pilot project to test food is medicine. The three-year, $6 million project launched in April will serve about a thousand patients with congestive heart failure in seven counties.

“The state puts a huge amount of money into health care, and one of the biggest costs is medication,” Assemblyman Phil Ting, a Democrat and chairman of the Assembly Budget Committee, said in an interview. “So the hope is people will live longer and this project will also reduce the need for medication.”

The food is medicine concept has been around for a while. Since the 1980s, nonprofits such as Project Open Hand in San Francisco, Community Servings in Boston, God’s Love We Deliver in New York and MANNA or Metropolitan Area Neighborhood Nutrition Alliance in Philadelphia have provided medically tailored meals for patients with HIV, diabetes, cancer and heart disease. They are largely funded by donations and grants.

Seeing the programs’ successes, some states are taking a larger role. Massachusetts is developing a food is medicine plan with a goal of integrating programs scattered around the state so more residents can benefit. Legislative policy proposals are expected next spring.

Food is medicine goes beyond traditional advice to eat more fruits and vegetables. Projects pay for people to purchase produce and offer nutrition counseling and cooking classes, so they’ll know which foods to choose or avoid and how to prepare them. For example, watermelon is healthy for some, but not for a diabetic.

On the local level, a community garden managed by a teenager in Sylvester, Georgia, aims — with the help of the local hospital — to improve the health of the town in the nation’s “stroke belt.”

Physicians in a dozen states write “prescriptions” for fruits and vegetables at farmers markets and groceries — scripts that can be exchanged for tokens to buy produce.

“Food is medicine is an idea whose day has arrived,” said Robert Greenwald, faculty director of the Harvard Law School’s Center for Health Law and Policy Innovation, one of the experts who testified in January at the launch of the congressional Food is Medicine Working Group, part of the House Hunger Caucus.

The Senate version of the farm bill includes Harvesting Health, a pilot project to test fruit-and-vegetable prescriptions. It’s modeled on work by Wholesome Wave, a Bridgeport, Connecticut, nonprofit that works with health centers in a dozen states where doctors write prescriptions for produce.

If enacted, the federal government would spend $20 million over five years on grants to states or nonprofits to provide fruits and vegetables and nutrition education to low-income patients with diet-related conditions.

The Supplemental Nutrition Assistance Program, the food stamp program known as SNAP, helps reduce food insecurity for 39.6 million participants, but studies do not show SNAP improves nutrition. Instead, there seems to be a correlation between long-term food stamp participation and excess weight gain.

Poor diet was No. 1 of 17 leading risk factors for death in the United States in 2016 — a higher risk than smoking, drug use, lack of exercise and other factors, according to “The State of US Health,” a comprehensive report by a team of academics published in the Journal of the American Medical Association in April.

Dr. Kumara Sidhartha, an internal medicine specialist and medical director at Emerald Physicians on Cape Cod, Massachusetts, conducted a prescription study with Medicaid participants in 2016 and 2017. In his study, he wrote prescriptions or vouchers for one group to buy $30 in produce a week at the farmers market, and gave another $30 in gasoline vouchers a week — for 12 weeks. Both groups received cooking classes and nutrition counseling.

“Patients and physicians are so used to the physician writing prescriptions for procedures and pills,” he said. “This changes the health care culture of how the prescription is used.”

Proponents of the California project hope it will demonstrate the cost-effectiveness of including medically tailored meals as an essential health benefit covered by Medi-Cal, California’s Medicaid program.

“This is potentially transformative because the health care system has been designed to cover acute services, and not many prevention programs are covered,” said Dr. Hilary Seligman, an associate professor at the University of California-San Francisco, one of two physician researchers who will evaluate the project by tracking participants’ medical records.

“For someone with congestive heart failure, their lives depend on their capacity to eat a lower salt diet,” Seligman said. “Making the food as appealing as possible is very important.”

Some legislators are skeptical about government moving into new food delivery systems.

“We need to feed the children who are hungry now. We need the backpack programs in school, the free and reduced-price breakfast and lunches to make sure that nobody is hungry today,” said North Dakota’s Lee, chairwoman of the state Senate Human Services Committee, at a food is medicine session at the National Conference of State Legislatures (NCSL) Hunger Partnership conference in July.

Everyone in her state could have a garden, even apartment-dwellers, and they can learn to cook, she said, adding that cooking is a skill that’s been lost since schools there dropped home economics.

“Kids can learn and a parent can learn how to make a meal,” Lee said in an interview. “I’d rather figure out a way to give them cooking lessons with food. We’re not helping children become functional adults by giving them three meals a day.”

It’s not government’s job to provide every meal, she said, adding, “That’s the good news about North Dakota, compared with the Northeast and California.”

Georgia state Sen. Renee Unterman, a Republican and chairwoman of the state Senate Health and Human Services Committee and co-chairwoman of the NCSL hunger partnership, suggested at the food is medicine session that a community garden with a medical purpose in her state — and started by a child — could be a model.

Village Community Garden manager Janya Green was 12 when she started on the community garden as her 4-H Club project three years ago on 5 acres donated by the town of Sylvester, population 6,000, about 170 miles south of Atlanta. Anyone can pick free vegetables and fruit whenever they like. The garden features cabbage, carrots, kale, okra, bell peppers, squash, sweet potatoes, blackberries, blueberries, muscadine grapes and even bananas. Herbs are next.

A pond is stocked with fish, so residents can reel in healthy protein as well. A local county commissioner gave lumber for a 20- by 60-foot stage.

Phoebe Worth Medical Center installed an outdoor kitchen in the garden for chef-taught cooking classes. Darrell Sabbs, governmental affairs specialist at the medical center, hopes researchers from Emory University or the University of Georgia will study the health statistics of the neighborhood and gauge the garden’s health effects.

Dr. Marilyn Carter, an internal medicine physician who also trained as a pharmacist, lives in Sylvester and volunteers at the garden. She and a nutritionist wrote up health benefits of the produce for signs that will help people make smart choices.

“We’re in the stroke belt,” Carter pointed out, adding that many of her patients have heart disease and diabetes. People eat a typical Southern diet of fried foods and foods out of boxes that are high calorie and high fat, she said.

“I want people to know, ‘If I eat more kale and less white rice, my blood pressure will be better,’” she said. Her name for the garden: the Farmacy. 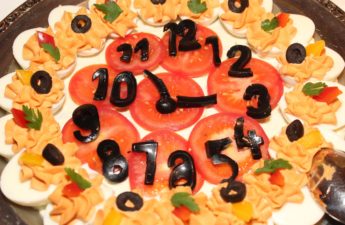 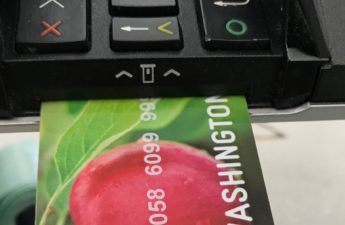