By Paul Duprex, University of Pittsburgh﻿

On the darkest day of 2018, the winter solstice, we at the Center for Vaccine Research at the University of Pittsburgh tweeted, with despair, a report in the Guardian that measles cases in Europe reached the highest number in 20 years.

Why was this a cause for concern? Europe is far away from the United States, and as some people apparently believe measles is a benign, childhood disease that causes a bit of a rash, a dribbling nose and a few spots, right? What was all the fuss about?

Well as George Santayana said, “Those who cannot remember the past are condemned to repeat it.” Collective amnesia about the virulence of this disease has driven us to forget that measles virus has killed tens of millions of infants throughout history. Now, with several ongoing outbreaks across our own country, this unnecessary threat is back.

Measles is a highly contagious and sometimes deadly disease that spreads like wildfire in naive populations. The virus played its part in decimating Native American populations during the age of discovery.

Since these people groups had no natural immunity to the diseases brought to the New World by Europeans, some estimates suggest up to 95 percent of the Native American population died due to smallpox, measles and other infectious diseases.

In the 1960s, measles infected about 3-4 million people in the U.S. each year. More than 48,000 people were hospitalized, and about 4,000 developed acute encephalitis, a life-threatening condition in which brain tissues become inflamed. Up to 500 people died, mainly from complications such as pneumonia and encephalitis.

This was why vaccine pioneers John Enders and Thomas Peebles were motivated to isolate, weaken and develop a vaccine against measles that is truly transformative for human health. Parents who knew the reality of the disease were quick to vaccinate their children. Uptake skyrocketed and the number of cases, and associated deaths, plummeted in the developed world.

By 1985, when John Enders died, over 1 million of the world’s kids were still dying because of this infection. However, now measles was a disease preventable by vaccine, and there was a huge impetus to address that tragedy by the World Health Organization.

When I started working on the virus in 1996, there were still over 500,000 children dying of measles each year worldwide. Such big numbers can be hard to digest. So to put it into perspective, if you’ve ever been on or seen a Boeing 747 jumbo jet, you will know it’s a pretty big airplane. Think of over three of these planes full of infants crashing every day of the year with 100 percent of the people on board dying. January, February, March … the summer solstice, the autumnal equinox … November, back to the winter solstice in December … one rhythmic year. That’s the reality of measles – over half-a-million lives were lost globally every year in the nineties.

Thanks to vaccination, however, between 2000 and 2016 there was an 84 percent decrease in measles mortality, and over 20 millions deaths were prevented due to vaccination. What an achievement!

Near universal adoption of the vaccine in the developing world meant that measles infections and concomitant deaths became very rare. By 2000, the led to measles being eliminated from the United States. The last person to die of the infection here was in 2015.

The effectiveness and irony of vaccination

These successes don’t mean the measles is gone or that the virus has become weak. Far from it. Seeing the virus up close and personal over all these years and knowing what happens when it runs rampant in an infected host gives me such respect for this minuscule “little bag of destruction” whose genetic material is 19,000 times smaller than ours. It’s also ironic how losing sight of the disease because of the success of vaccination has brought new societal challenges.

What’s important to realize is those millions of kids who died of measles each year in the nineties, for the most part were not living in the developed world. In those days here in the United States and in Europe, there was a widespread appreciation that #vaccineswork, meaning that the vast majority of people received the measles, mumps and rubella (MMR) vaccine and were well and truly protected. Two doses of the vaccine are 97 percent effective at stopping the infection.

What one of the most infectious pathogens on the planet can do to an unvaccinated person in 2019 is biologically incredible. Yes, that’s right, an unvaccinated human. But why would anyone decide not to get vaccinated or refrain from protecting their children?

That’s because forgetting the past has precipitated selective amnesia in our post-measles psyche. Ignoring scientific facts has tragically brought us to a place where some people fail to appreciate the values and utility of some of the most phenomenal tools we have created in our historical war on infectious disease. Unsubstantiated claims that vaccines like MMR were associated with autism, multiple sclerosis, Crohn’s disease, etc., etc., and ill-informed celebrities have wreaked havoc with vaccination programs. Genuine, caring parents unaware of the realities of diseases they had never seen decided that since the viruses were gone from this part of the world shots were so last millennium. Put simply, some people have given up on vaccines.

This has created the perfect storm. Since the measles virus is so infectious and Europe, Africa, South America, and South East Asia are not really that far away by jumbo jet, a case somewhere in the world can lead to an infection anywhere in the world. Failure to vaccinate large groups of people is helping measles come back. From California, to New York from Washington state to Minnesota and Georgia, measles is back with a vengeance. Now we can only live in hope that the last death from this deadly disease in the U.S. remains from 2015. Unfortunately, that is not a given. 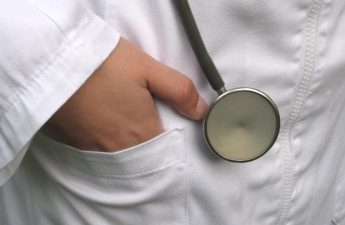 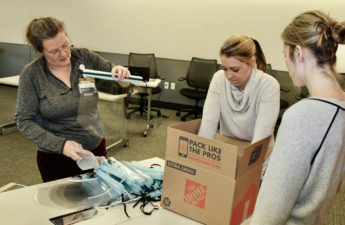 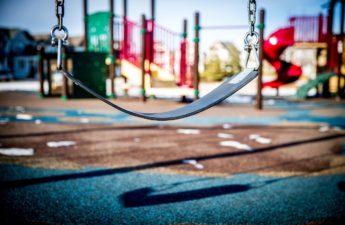