When Dr. Worta McCaskill-Stevens made an appointment for a mammogram last year, she expected a simple breast cancer screening ― not a heavy-handed sales pitch.

A receptionist asked if she wanted a free upgrade to a “3D mammogram,” or tomosynthesis.

“She said there’s a new approach and it’s much better, and it finds all cancer,” said McCaskill-Stevens, who declined the offer.

A short time later, a technician asked again: Was the patient sure she didn’t want 3D?

A KHN investigation found that manufacturers, hospitals, doctors and some patient advocates have put their marketing muscle ― and millions of dollars ― behind 3D mammograms.

The juggernaut has left many women feeling pressured to undergo screenings, which, according to the U.S. Preventive Services Task Force, haven’t been shown to be more effective than traditional mammograms.

“There’s a lot of money to be made,” said Dr. Steven Woloshin, director of the Center for Medicine and Media at The Dartmouth Institute for Health Policy and Clinical Practice, who published a study in January showing that the health care industry spends $30 billion a year on marketing.

Enthusiasm for 3D has sparked a medical technology arms race, with hospitals and radiology practices competing to offer the newest equipment. Patients have caught the fever, too.

Taxpayers write the check for many 3D screenings, which add about $50 to the cost of a typical mammogram. Medicare, which began paying for 3D exams in 2015, spent an additional $230 million on breast cancer screenings within the first three years of coverage.

By 2017, nearly half the mammograms paid for by the federal program were 3D, according to a KHN analysis of federal data.

Hologic’s Peter Valenti said the company’s marketing is educational. His company is a “for-profit organization, but our premise is to try to improve the health care for women globally,” said Valenti, president of Hologic’s breast and skeletal health solutions division.

The debate over 3D mammograms illustrates the tension in the medical community over how much research companies should do before commercializing new products.

In a statement, officials at Hologic said it would be “irresponsible and unethical” to withhold technology that detects more breast cancers, given that definitive clinical trials can take many years.

On average, 3D screenings may slightly increase cancer detection rates, finding about one extra breast tumor for every 1,000 U.S. women screened, according to a 2018 analysis in the Journal of the National Cancer Institute.

Most studies also show that 3D screenings cause fewer “false alarms,” in which women are called back for procedures they don’t need, said Dr. Susan Harvey, a Hologic vice president.

Yet newer tech isn’t necessarily better ― and it can cause harm, said Dr. Otis Brawley, a professor at John Hopkins University. “It’s unethical to push a product before you know it helps people,” he said.

As a senior researcher at the National Cancer Institute, McCaskill-Stevens didn’t need a glossy brochure to learn about 3D mammograms. She helped design a $100 million federally funded study of 165,000 women, which will measure whether women are helped or hurt by 3D testing. The study, now recruiting patients, will follow the women for five years.

“Can we say that 3D is better?” asked McCaskill-Stevens. “We don’t know.”

When the Food and Drug Administration approved the first 3D mammography system, made by Hologic, the agency required the technology to be safe and effective at finding breast cancer ― not at improving survival.

“The companies do the minimal research needed to get FDA approval, and that usually means no meaningful evidence of how it helps patients,” said Diana Zuckerman, president of the National Center for Health Research.

Valenti said Hologic presented strong evidence to the FDA. “The data was overwhelming that 3D was a superior mammogram,” Valenti said.

Describing a breast exam as 3D may conjure up images of holograms or virtual reality. In fact, tomosynthesis is closer to a mini-CT scan.

Although all mammograms use X-rays, conventional 2D screenings provide two views of each breast, one from top to bottom and one from the side. 3D screenings take pictures from multiple angles, producing dozens or hundreds of images, and take only a few seconds longer.

Yet some studies suggest that 3D mammograms are less accurate than 2D.

A 2016 study in The Lancet Oncology found that women screened with 3D mammograms had more false alarms. A randomized trial of 29,000 women published in The Lancet in June showed that 3D detected no more breast tumors than 2D mammograms did.

And, like all mammograms, the 3D version carries risks. Older 3D systems expose women to twice as much radiation as a 2D mammogram, although those levels are still considered safe, said Diana Miglioretti, a biostatistics professor at the University of California-Davis School of Medicine.

Diagnosing more cancers doesn’t necessarily help women, Brawley said. That’s because not all breast tumors are life-threatening; some grow so slowly that women would live just as long if they ignored them ― or never even knew they were there. Finding these tumors often leads women to undergo treatments they don’t need.

A 2017 study estimated 1 in 3 women with breast cancer detected by a mammogram are treated unnecessarily. It’s possible 3D mammograms make that problem worse, by finding even more small, slow-growing breast tumors than 2D, said Dr. Alex Krist, vice chairman of the preventive services task force, an expert panel that issues health advice. By steering women toward 3D mammograms before all the evidence is in, “we could potentially hurt women,” Krist said.

Some experts worry that patients, who tend to overestimate their risk of dying from breast cancer, are acting out of fear when they choose treatment.

“If there was ever an audience susceptible to direct-to-consumer advertising, it’s women afraid of breast cancer,” Zuckerman said.

Some proponents of 3D mammograms imply that women who opt for 2D are taking a risk.

Dr. Liane Philpotts, chief of breast imaging at Yale School of Medicine, championed a 2016 Connecticut bill to mandate insurance coverage for 3D screenings. “When I look at a 2D mammogram now, I don’t know how we read them with any degree of confidence,” Philpotts said in a letter of support. “They seem grossly inadequate.”

Philpotts’ letter did not mention she has worked as a consultant for Hologic, which paid her $13,500 from 2013 to 2018, mostly for research, according to Open Payments. In an interview, Philpotts said her work for Hologic has not influenced her medical advice. “[Tomosynthesis is] just so much better for patients,” she said. “I feel very passionately about it.”

Dr. Linda Greer, a community radiologist in Phoenix, has said she was “shocked” by how many more tumors were detected with 3D than 2D. In a 2013 interview, she told Everyday Health,

“We got scared about what we were missing for so many years” with 2D mammograms. Greer has accepted more than $305,000 from makers of mammography machines, including $222,000 related to 3D products, according to the Open Payments database.

Greer noted she maintains her intellectual independence by writing her own presentations, even if Hologic pays for her travel. “I don’t think I could be bought,” she said.

The first question many women have about 3D mammograms is: Are they less painful?

In ads, Hologic claims its 3D device was less painful for 93% of women. But that claim comes from a small, company-funded study that hasn’t been formally reviewed by outside experts, Zuckerman noted. Given the limited data provided in the study, it’s possible the findings were the result of chance, said Zuckerman, who called the ads “very misleading.”

Valenti said peer review is important in studies about cancer detection or false alarms. But when it relates to “general patient satisfaction or patient preference, those are data that we get in other ways,” he said. “Plenty of [doctors] have the [3D] system now and you can get feedback from them. “

While screenings may not generate a lot of income, they can attract patients who need other, more profitable hospital procedures.

Valenti said Hologic wanted more women to have access to the technology. So Hologic launched a public campaign ― with a website, paid celebrity tweets and billboards ― to pressure private insurers  to cover 3D.

Hospitals and radiology practices ― who stand to benefit from an expanded pool of paying customers ― are also fierce advocates for insurance coverage.

In a statement, an official at Memorial Sloan Kettering said the hospital supported the bill to improve patient care. “Our patients deserved the most optimal screening available,” said Dr. Elizabeth Morris, chief of the hospital’s breast imaging service.

Supporters of 3D mammograms also rallied around an insurance mandate in Texas in 2017. Registered supporters included HCA Healthcare, a for-profit chain that manages 185 hospitals, and the Black Women’s Health Imperative. That group also testified before an FDA panel in 2010 to advocate approving Hologic’s device.

Linda Goler Blount, the group’s president and CEO, said the organization was advocating for early detection long before its partnership with Hologic began in 2016.

“If you’re low-income, you’re much less likely to get 3D mammography than if you’re upper-income,” Blount said.

Blount noted that her group remains “independent and free to speak our mind.”

Dr. Stephen Rose has been an especially active advocate for 3D screenings.

Rose, a radiologist, testified on behalf of the Texas insurance bill twice. The practice where Rose works, Solis Mammography, put out press releases in favor of the legislation. In 2010, Rose testified in favor of 3D screenings at an FDA advisory panel.

In the past six years, he has received $317,000 from companies that manufacture mammogram machines, including more than $50,000 related to specific 3D products, according to the Open Payments database. Twelve percent of Rose’s 3D-related payments were related to research.

Rose said industry money hasn’t influenced him. “I can tell you it had zero impact,” Rose said.

In 2014, Rose co-wrote an influential paper that described the benefits of 3D mammograms.

Collectively, Rose and 12 of his co-authors accepted more than $1 million from the four leading manufacturers of 3D equipment over the past six years, including $589,000 related to 3D products, according to a KHN analysis of Open Payments data. In addition, Hologic contributed $855,000 to research in which many of these authors took leading roles.

Valenti said Hologic doesn’t expect anything in return for the payments: “We let the product and the doctor speak for themselves.”

A Web Of Relationships

The American Society of Breast Surgeons, lists Hologic as a corporate partner. In May, the society recommended 3D mammograms as its preferred screening method.

“There is no connection between the society’s educational grants and statement development,” said Sharon Grutman, a society spokeswoman.

Fran Visco, president of the National Breast Cancer Coalition, has advocated for women for decades. But she said she’s at a loss for a solution to curtail industry influence in medicine.

“It’s incredibly troubling,” said Visco, a breast cancer survivor. “Everyone has a different stake in all this, and it all seems to be tied to financial gain.” 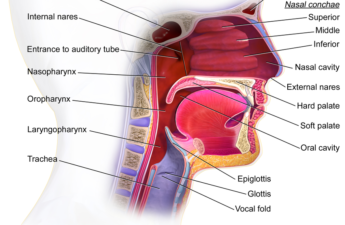 Coronavirus: scientists uncover why some people lose their sense of smell 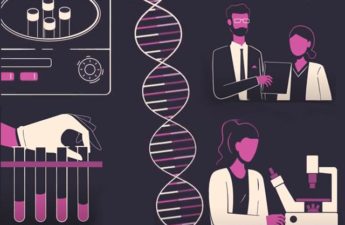 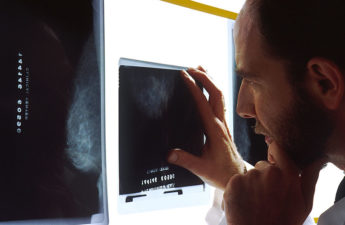