Fed up with a lack of federal action to lower prescription drug costs, state legislators around the country are pushing bills to penalize drugmakers for unjustified price hikes and to cap payment at much-lower Canadian levels.

These bills, sponsored by both Republicans and Democrats in a half-dozen states, are a response to consumers’ intensified demand for action on drug prices as prospects for solutions from Congress remain highly uncertain.

Eighty-seven percent of Americans favor federal action to lower drug prices, making it the public’s second-highest policy priority, according to a survey released by Politico and Harvard University last month. That concern is propelled by the toll of out-of-pocket costs on Medicare beneficiaries, many of whom pay thousands of dollars a year. Studies show many patients don’t take needed drugs because of the cost.

“States will keep a careful eye on Congress, but they can’t wait,” said Trish Riley, executive director of the National Academy for State Health Policy (NASHP), which has drafted two model bills on curbing prices that some state lawmakers are using.

Several reports released last month heightened the pressure for action. The Rand Corp. said average list prices in the U.S. for prescription drugs in 2018 were 2.56 times higher than the prices in 32 other developed countries, while brand-name drug prices averaged 3.44 times higher.

The Institute for Clinical and Economic Review found that drugmakers raised the list prices for seven widely used, expensive drugs in 2019 despite the lack of evidence of substantial clinical improvements. ICER, an independent drug research group, estimated that just those price increases cost U.S. consumers $1.2 billion a year more.

Democratic legislators in Hawaii, Maine and Washington recently introduced bills, based on one of NASHP’s models, that would impose an 80% tax on the drug price increases that ICER determines in its annual report are not supported by evidence of improved clinical value.

Under this model, after getting the list of drugs from ICER, states would require the manufacturers of those medicines to report total in-state sales of their drugs and the price difference since the previous year. Then the state would assess the tax on the manufacturer. The revenue generated by the tax would be used to fund programs that help consumers afford their medications.

“I’m not looking to gather more tax dollars,” said Democratic Sen. Ned Claxton, the sponsor of the bill in Maine and a retired family physician. “The best outcome would be to have drug companies just sell at a lower price.”

Similarly, Massachusetts Gov. Charlie Baker, a Republican, proposed a penalty on price hikes for a broader range of drugs as part of his new budget proposal, projecting it would haul in $70 million in its first year.

Meanwhile, Republican and Democratic lawmakers in Hawaii, Maine, North Dakota, Oklahoma and Rhode Island have filed bills that would set the rates paid by state-run and commercial health plans — excluding Medicaid — for up to 250 of the costliest drugs to rates paid by the four most populous Canadian provinces. That could reduce prices by an average of 75%, according to NASHP.

Drugmakers, which have formidable lobbying power in Washington, D.C., and the states, fiercely oppose these efforts. “The outcomes of these policies would only make it harder for people to get the medicines they need and would threaten the crucial innovation necessary to get us out of a global pandemic,” the Pharmaceutical Research and Manufacturers of America, the industry’s trade group, said in a written statement.

Colorado, Florida and several New England states previously passed laws allowing importation of cheaper drugs from Canada, an effort strongly promoted by former President Donald Trump. But those programs are still being developed and each would need a federal green light.

“If we waited for Congress, we’d have moss on our backs,” said Washington state Sen. Karen Keiser, a Democrat who sponsored the state’s bill to tax drug price hikes.

Based on ICER data, two of the drugs that could be targeted for tax penalties under the legislation are Enbrel and Humira — blockbuster products used to treat rheumatoid arthritis and other autoimmune conditions.

Since acquiring Enbrel in 2002, Amgen has raised the price 457% to $72,240 for a year’s treatment, according to a report last fall from the House Committee on Oversight and Reform.

In a written statement, Amgen denied that Enbrel’s list price increase is unsupported by clinical evidence and said the company ensures that every patient who needs its medicines has “meaningful access” to them.

The price for Humira, the world’s best-selling drug, with $20 billion in global sales in 2019, has gone up 470% since it was introduced to the market in 2003, according to AnalySource, a drug price database.

In contrast, AbbVie slashed Humira’s price in Europe by 80% in 2018 to match the price of biosimilar products available there. AbbVie patents block those biosimilar drugs in the U.S.

AbbVie did not respond to requests for comment for this article.

Manufacturers say the list price of a drug is irrelevant because insurers and patients pay a significantly lower net price, after getting rebates and other discounts.

But many people, especially those who are uninsured, are on Medicare or have high-deductible plans, pay some or all the cost based on the list price.

Katherine Pepper of Bellingham, Washington, has felt the bite of Humira’s list price. Several years ago, she retired from her job as a management analyst to go on Social Security disability and Medicare because of her psoriatic arthritis, diabetes and gastrointestinal issues.

When she enrolled in a Medicare Part D drug plan, she was shocked by her share of the cost. Since Pepper pays 5% of the Humira list price after reaching Medicare’s catastrophic cost threshold, she spent roughly $15,000 for the drug last year.

Medicare doesn’t allow drugmakers to cover beneficiaries’ copay costs because of concerns that it could prompt more beneficiaries and their doctors to choose high-cost drugs and increase federal spending.

Many patients with rheumatoid and other forms of arthritis are forced to switch from Enbrel or Humira, which they can inject at home themselves, to different drugs that are infused in a doctor’s office when they go on Medicare. Infusion drugs are covered almost entirely by the Medicare Part B program for outpatient care. But switching can complicate a patient’s care.

“Very few Part D patients can afford the [injectable drugs] because the copay can be so steep,” said Dr. Marcus Snow, an Omaha, Nebraska, rheumatologist and spokesperson for the American College of Rheumatology. “The math gets very ugly very quickly.”

To continue taking Humira, Pepper racked up large credit card bills, burning through most of her savings. In 2019, she and her husband, who’s retired and on Medicare, sold their house and moved into a rental apartment. She skimps on her diabetes medications to save money, which has taken a toll on her health, causing skin and vision problems, she said.

She’s also cut back on food spending, with her and her husband often eating only one meal a day.

“I’m now in a situation where I have to do Russian roulette, spin the wheel and figure out what I can do without this month,” said Pepper.

This article is part of a series on the impact of high prescription drug costs on consumers made possible through the 2020 West Health and Families USA Media Fellowship. 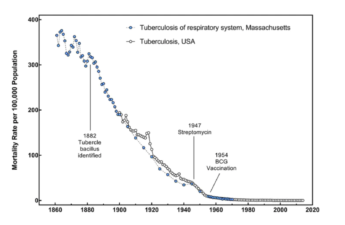