A handful of mayors and state and local health officials have announced they will require both vaccinated and unvaccinated residents to wear masks in indoor public settings, following revised recommendations from the federal Centers for Disease Control and Prevention.

And some school districts said they will enforce the CDC’s recommendations for universal masking of teachers, staff members and students.

But most state and local health officials stopped short of mandating indoor mask wearing. Instead, they encouraged residents in areas where COVID-19 is spreading to wear masks in public indoor settings as an added protection against the more contagious delta variant. Others said they were considering mandates.

In May, nearly all state and local jurisdictions lifted mask requirements for vaccinated people in response to the CDC’s recommendation at the time that people who were fully vaccinated did not need to wear masks indoors.

The agency’s July 27 reversal for vaccinated people in high-transmission communities was based on new scientific evidence that showed vaccinated people can spread the virus, although at a much lower rate than those who are unvaccinated.

The change sparked more disagreement between Republican and Democratic politicians over masks and other pandemic-related public health precautions.

A handful of Republican governors criticized the CDC’s recommendations. GOP governors in Florida, Georgia, Texas and South Carolina took their objection a step further, reiterating their opposition to mask mandates of any kind.

But nearly all state and local elected leaders and public health officials agreed on one thing: More people need to get vaccinated to protect themselves from severe illness, hospitalization and death.

In criticizing the CDC’s latest mask recommendations, Arizona Republican Gov. Doug Ducey said, “Public health officials in Arizona and across the country have made it clear that the best protection against COVID-19 is the vaccine. Today’s announcement by the CDC will unfortunately only diminish confidence in the vaccine and create more challenges for public health officials一people who have worked tirelessly to increase vaccination rates.”

Ducey this spring issued executive orders banning vaccine passports by local governments and telling state colleges and universities they may not impose vaccine requirements on students.

In New York City, Mayor Bill de Blasio on Monday strongly urged residents to wear masks, but didn’t issue a mandate, saying the focus should be on vaccines. “The main event is vaccinations,” he told CNN.

Some public health experts worry that Americans who already are reluctant to get a shot may be further discouraged by the CDC’s findings that vaccinated people can still spread COVID-19.

At the same time, local public health officials in some parts of the country are reporting that vaccination rates started rising as the virus began to resurge.

In Louisiana, for example, where new cases are spiraling and ICU beds are at capacity in most hospitals, State Health Officer and Medical Director Dr. Joseph Kanter said in a news briefing that vaccination rates in the state had nearly quadrupled in the past two weeks.

And COVID-19 deaths are once again rising in nearly all states, fueled by the more contagious and potentially more deadly delta variant, the CDC reported last week. Nearly 67% of the nation’s counties have COVID-19 transmission rates high enough to trigger indoor mask wearing, according to the CDC.

Last year, the nation’s primary safeguards against COVID-19 were mask wearing and social distancing. Now that vaccines are available, public health officials universally count them as the first line of defense.

But fewer than 70% of all Americans who are eligible for the vaccines have received their first shot, and in many states, fewer than half of all residents are vaccinated.

In 16 states, fewer than half of all residents have received even one shot of a COVID-19 vaccine. Mississippi has the lowest vaccination rate at less than 40%, followed by Idaho, Wyoming, Louisiana, Alabama, Tennessee, North Dakota, West Virginia, Georgia, South Carolina, Arkansas, Indiana, Oklahoma, Missouri, Montana and Ohio.

As COVID-19 cases started rising in July, Los Angeles County, California, became the first local jurisdiction to reinstate a mask mandate. A handful of other counties in California and elsewhere followed. And Hawaii’s governor decided not to lift the state’s existing mask requirement.

But at least three states passed laws this year that forbid mask mandates generally, including Arkansas, Iowa and North Dakota.

Last week’s CDC announcement spurred Republican governors in Florida, Georgia, Texas and South Carolina to double down on their opposition to mask and vaccine mandates.

Texas Gov. Greg Abbott in May banned mask mandates in schools. Last week he extended the ban to all state and local jurisdictions. Likewise, Georgia Gov. Brian Kemp, who banned mask mandates earlier in July, vowed not to impose a statewide mask rule or restrict business and public activities in any way.

Florida Gov. Ron DeSantis signed an executive order that allows parents to ignore mask mandates in schools. And in South Carolina, Gov. Henry McMaster tweeted that school districts could not implement mask mandates: “State law now prohibits school administrators from requiring students to wear a mask. The General Assembly agreed with me—and that decision is now left up to the parents.”

Arkansas Republican Gov. Asa Hutchinson, who signed a bill banning state and local mask mandates in April, took the opposite approach, calling a special legislative session to reconsider the law when it comes to schools.

“With this recommendation, the CDC said local health agencies should make the determination and that not all jurisdictions had to adopt the same rules,” said Adriane Casalotti, chief of public and government affairs at the National Association of County and City Public Health Officials.

“In places where the local health department was prohibited from mandating masks or didn’t have the political will to do it,” she said, “having this new guidance helps them make the choices necessary to try and help everyone protect themselves and their families.” 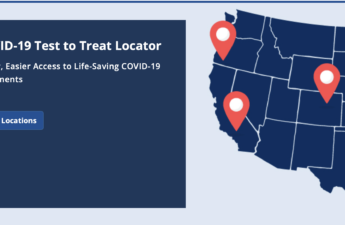