A technique that combines nanotechnology with artificial intelligence can diagnose tuberculosis in children in whom the deadly disease might otherwise go undetected, an international team of researchers report.

TB is the second most common cause of infectious disease death worldwide.  It was only recently pushed out of first place by SARS-CoV-2, the virus behind COVID-19. Each year more than 10 million people become sick with TB, and TB kills more than 1.5 million.

The disease is particularly deadly in young children, especially those already infected with HIV, the virus that can lead to AIDS. Of the quarter of a million children younger than 15 years of age who die from TB each year, more than 80% are younger than 5. In almost all these cases, roughly 96%, the youngsters had not been diagnosed.

“This is a tragedy because when children are diagnosed and treated, they do well,” said Sylvia M. LaCourse, assistant professor of medicine and of global health at the University of Washington School of Medicine, “But we have to find them first.”

LaCourse led the clinical part of the new study. Tony Ye Hu, professor of biochemistry and molecular biology, biomedical engineering and microbiology at Tulane University. led development of the test. Wenshu Zheng, a research scientist at Tulane, was the lead author of the paper, which appears in Nature Biomedical Engineering.

There are two major reasons why TB is difficult to diagnose in children. The most commonly used tests require a sputum sample, which can be difficult to obtain in children. Even when samples are obtained, the bacteria are harder to detect because the sputum tends to contain relatively few of them.

The new test takes advantage of an optical property of gold nanoparticles. This property allows scientists to see when the nanoparticles interact with even extremely small amounts of a target substance. In this case, the targets were two components from the outer membrane of the bacteria that causes TB, Mycobacterium tuberculosis.  They are a molecule called lipoarabinomannan (LAM) and an associated protein called LprG.

These molecules can be found in the blood of people with TB on small, membrane-bound sacs, called extracellular vesicles. Our cells are constantly shedding such vesicles.  The process is one way cells dispose of unwanted material. In the case of TB, immune cells, called macrophages, that engulf and attempt to digest TB, shed vesicles studded with LAM and LprG.

“The problem is that every cell in our body produces thousands of vesicles a day,” said Hu, “so a blood sample might have billions of vesicles of which only a few hundred will have been derived from TB-infected macrophages.”

To detect these vesicles, Hu and his colleagues coated the gold nanoparticles, which are 50 nanometers in diameter,  with antibodies that bind LAM and LprG. If blood contains LAM or LprG studded vesicles, the antibodies will bind to the molecules.  The bond shifts the optical properties of the nanoparticles. The change can be seen under a microscope.

To make the test more sensitive, the researchers also created an artificial intelligence algorithm that removes any background noise that other substances on the nanoparticle surfaces might cause. This automated process also makes it possible to analyze samples rapidly.

In evaluating the technique, the researchers tested blood from animals infected with TB. They found that not only could they reliably detect TB infection, but also they could determine if the infection was active or in a quiescent, less dangerous latent” state, information that can be used to guide treatment.

To see how well the test would work in patients, they tested blood samples collected from previous studies conducted in children with HIV in Vietnam, the Dominican Republic and Kenya. Children with HIV are typically severely immunosuppressed and so are at very high risk of contracting TB.

The researchers found that the test was quite sensitive: it accurately detected TB in 39 of 44 (89%) of children who were known to have confirmed TB; and identified an additional 57 of 77 (74%) of children with unconfirmed TB that standard tests had missed

“These initial results are quite promising for the diagnosis of pediatric TB using, small volumes of blood, including among children missed by our typical sputum-based tests. The biomarker levels also went down after starting treatment, highlighting the test’s potential as way to monitor the response to treatment,” said LaCourse. Studies are ongoing to evaluate the assay in prospective studies of children with suspected TB.

Although the current test still requires a sophisticated lab to perform, Hu said it is being adapted so it can be performed in the community with a smartphone.

“TB is a disease found primarily in resource-limited areas. The ideal is to create a smartphone-based method that could be used at the point of care in these settings,” he said. 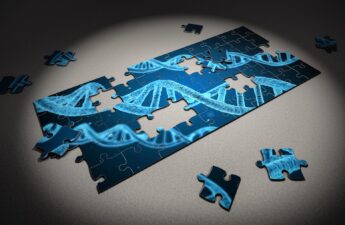 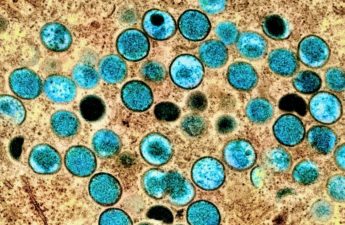 Video: Why the public health system is struggling to contain monkeypox 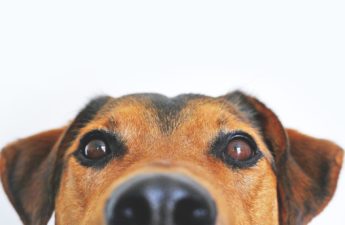 Can sniffer dogs really detect COVID almost as well as a PCR test? Turns out they can 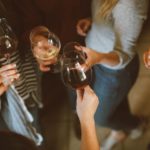