As the number of opioid overdose deaths continues to surge across the United States, some experts stress the urgency of providing the addiction treatment medication buprenorphine to drug users as soon as possible, on the scene of an overdose.

Not only does buprenorphine help people with an opioid use disorder resist cravings and stay away from drugs, but it also protects patients from the increasingly likely possibility that they will end up using an illicit drug laced with fentanyl and die.

Studies have found that overdose patients have at least a 1 in 10 chance of dying from a subsequent overdose in the following year.

But no ambulances routinely carried buprenorphine until 2019, when a group of paramedics in Camden, New Jersey, became the first to receive training on the addiction medication, and ambulances in the state were authorized to carry it.

Since then, emergency medical teams in a few locations have started similar programs. Still, on-the-scene administration of buprenorphine has failed to take off nationally.

Researchers from Johns Hopkins School of Public Health and the Cooper Medical School of Rowan University hope to change that.

They published a study this month that, for the first time, provides evidence that administering buprenorphine in the first few critical minutes after an overdose patient wakes up resulted in a substantial number of patients seeking treatment within 30 days.

Dr. Gerard Carroll, an associate professor of emergency medicine at Cooper Medical School in Camden and co-author of the study, said the data also shows that 100% of overdose patients who accepted the oral medication experienced reduced withdrawal symptoms.

“We weren’t sure that would be the case,” Carroll said. Depending on the dose of overdose-reversal drug naloxone they received and their reaction to it, he said, “We were concerned that buprenorphine could make their symptoms worse in some cases. That didn’t happen in even a single patient.”

Without buprenorphine, all patients are overwhelmed by the sudden onset of withdrawal and find it difficult to talk to paramedics. Many refuse to go to a hospital for treatment, Carroll noted.

In 2018, Cooper began dispatching some of its emergency department physicians who specialized in addiction to 911 overdose calls to carry and administer buprenorphine to patients who wanted it. They were able to adapt their clinical procedures to the back of an ambulance under tight time constraints.

When they found that giving buprenorphine to overdose patients provided quick relief from their withdrawal symptoms and took only a few minutes more than a routine overdose call, Carroll and his team asked the state health department to authorize paramedics to administer the drug. In June 2019, their request was granted.

Now, the study shows that administering buprenorphine to overdose patients within 10 minutes after resuscitation quickly alleviates withdrawal symptoms and results in a nearly six-fold increase in patients showing up for treatment within 30 days.

The study did not, however, find that overdose survivors who took an initial dose of buprenorphine in the ambulance were less likely to overdose again compared with patients who didn’t receive the addiction drug.

That may be because many of the patients who refused the drug in the ambulance opted instead to go to the hospital emergency department and receive it there, said co-author Brendan Saloner, an associate professor of health policy and management at Johns Hopkins School of Public Health in Baltimore.

Now that Camden’s experiment has proved to be successful and the details of the program are laid out, Saloner said, EMS groups in other parts of the country may be more likely to adopt the lifesaving protocol.

“It should be standard procedure everywhere. But sadly, that’s not likely to happen for a long time,” Saloner said, given existing U.S. regulatory barriers, such as oversight of buprenorphine by the Drug Enforcement Administration and a continuing shortage of addiction treatment in most communities.

Since 2019, only a handful of other states and localities have developed similar programs, including Contra Costa County, California; Pittsburgh; Palm Beach County, Florida; and certain jurisdictions in Delaware, Maine, North Carolina and Texas.

According to the most recent data from the federal Centers for Disease Control and Prevention, 108,000 Americans died of a drug overdose in the 12 months ending May 2022 — the highest number ever recorded.

Although the Biden administration last year eliminated an eight-hour training requirement needed for physicians to administer buprenorphine, the drug is still not available in most hospital emergency departments, according to Saloner. And since EMS agencies typically coordinate their services with local hospitals, most don’t offer the drug.

Across the Delaware River from Philadelphia, Camden has among the highest rates of poverty, drug use, homelessness and homicide in the nation.

But it’s also known for its first-class addiction treatment programs, including an outpatient clinic at Cooper Medical School that has been integrating its services with the hospital’s emergency department since 2016.

“Just as we started to pat ourselves on the back,” Carroll said, “we realized that more than a third of our overdose patients weren’t coming to the hospital.”

Still, the number of drug-related deaths continued to mount in Camden and opioid overdoses became the primary reason paramedics were called, Carroll said. Before the city started carrying buprenorphine on ambulances, he said, “Compassion fatigue was setting in, and paramedics were suffering from a sense of helplessness.”

It was commonplace for a crew to rescue the same overdose patient two or more times a day. And too many of the young drug users they’d repeatedly rescued would end up dying, he said.

Nearly all overdose rescues in Camden occur on the streets, Carroll said, since few local drug users have permanent housing and many of the city’s overdose patients are transient. “They come to Camden to buy drugs and they overdose here.”

When overdose patients are revived, they’re initially disoriented. After paramedics explain what just happened to them, patients often have an emotional reaction. Then they quickly go into severe withdrawal.

“Some wake up very sad. Some wake up angry,” said Eric Tuttle, a veteran paramedic in Camden. “You have to really be ready to read the room and try to comfort them.”

Since the rescue drug naloxone instantly blocks the opioids that have suppressed their breathing, overdose patients are quickly overcome with severe withdrawal symptoms, including anxiety, body aches, sweating, heart palpitations and nausea.

That makes it nearly impossible for a paramedic to have any kind of conversation with them, much less persuade them to take a ride to a brightly lit, noisy hospital where they’re likely to wait for hours in agonizing heroin withdrawal before being offered any relief.

Carroll said most drug users they rescued had been through the emergency department routine before and didn’t want to repeat it.

Patients who were able tended to walk away, Tuttle said. “They wanted to use again to fix that withdrawal. They didn’t want anything to do with us. We had nothing to offer them.”

Watching overdose patients go into withdrawal and not being able to help them further was frustrating, Tuttle said. “I got into this profession to save lives and make people feel better.”

One dose of buprenorphine would have cleared up most of their withdrawal symptoms within 10 minutes, he said.

Today, paramedics in Camden and a few other places in the country can offer that dose to overdose patients and potentially help them take steps toward treatment.

Some patients refuse the offer of an oral dose of buprenorphine, also known by its trade name Suboxone, and either leave the scene on their own or accept a ride to the hospital emergency department to receive the drug.  Once there, Tuttle said, he and other paramedics accompany them and make sure they quickly connect with the hospital’s addiction medicine team.

According to Carroll, not all the paramedics who received training in buprenorphine induction were eager to add another medication and another set of protocols to their daily routine.

Tuttle was an exception.

Even so, Tuttle said, learning how to administer buprenorphine had its challenges.

“The part that made me most nervous was not knowing whether I’d be able to talk the patient into taking the medication. I didn’t want to be the reason they didn’t get into treatment. I didn’t want to screw it up,” he said.

“Every patient and patient encounter is different,” Tuttle said. “You really have to tailor how you talk to the patient, read their nonverbal cues, be aware of how fast you’re talking and your volume. You need to make it clear that you care and that you want them to feel better.”

Still, those talks don’t always work. In the study, which analyzed data from August 2019 to November 2020, only 1 in 12 people who received naloxone accepted buprenorphine after waking up.

More recent data shows that Camden paramedics have given the addiction medicine to 174 patients, and 42% of them have shown up for an appointment at an addiction clinic, Carroll said.

“That may not sound like much, but it’s remarkable for this population,” he said. 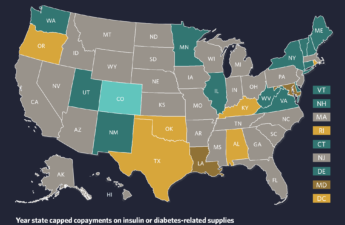