Nearly a third of older adults have received a prescription for an opioid pain medicine in the past two years. But the associated dangers often go unaddressed, a new poll finds.

Many patients didn’t get enough counseling about the risks that come with the potent painkillers, how to reduce their use, when to switch to a non-opioid option, or what to do with leftover pills.

However, the poll also finds that nearly three-quarters of surveyed older adults would support limits on how many opioid pills a doctor could prescribe at once. Even more supported other efforts to limit exposure to these medications and potentially combat the national epidemic of opioid misuse due to medication diversion.

The new findings, from the National Poll on Healthy Aging, suggest a major opportunity for providers and community organizations to focus on safe opioid use and safe disposal among older Americans. These findings also could help state and federal policymakers understand the views of a key demographic group at a critical time.

The poll of 2,013 adults between the ages of 50 and 80 was conducted by the University of Michigan Institute for Healthcare Policy & Innovation, and sponsored by AARP and Michigan Medicine, U-M’s academic medical center.

“We know that unused opioid medications that linger in homes are one of the primary pathways to diversion, misuse, abuse and dependence,” says Jennifer Waljee, M.D., MPH, M.S., the co-director of the Michigan Opioid Prescribing Engagement Network(Michigan OPEN) and an associate professor of surgery at Michigan Medicine. “As prescribers, we must find opportunities to discuss safe opioid use, storage and disposal with our patients.

“It is critically important to provide a detailed plan for patients who get opioids for pain management and resources for disposal.”

They focused not only on older adults’ own opioid use but also their storage and disposal habits, as well as their perceptions of recent policy measures around opioid prescribing.

Most of the poll’s 589 older adults who said they’d received an opioid prescription in the previous two years said it related to arthritis pain, back pain, surgery and/or an injury.

Although the majority remembered their doctor, pharmacist or other health care provider talking with them about how often to take the medication, the percentage who said they had talked with any provider about other opioid issues was much lower.

MORE FROM THE LAB: Subscribe to our weekly newsletterFor instance, fewer than half said their doctor or other provider had counseled them about the risk of addiction or overdose. Just over a quarter said their pharmacist had provided counseling. Slightly more individuals reported that doctors and pharmacists discussed options to reduce the amount of opioids they were taking. 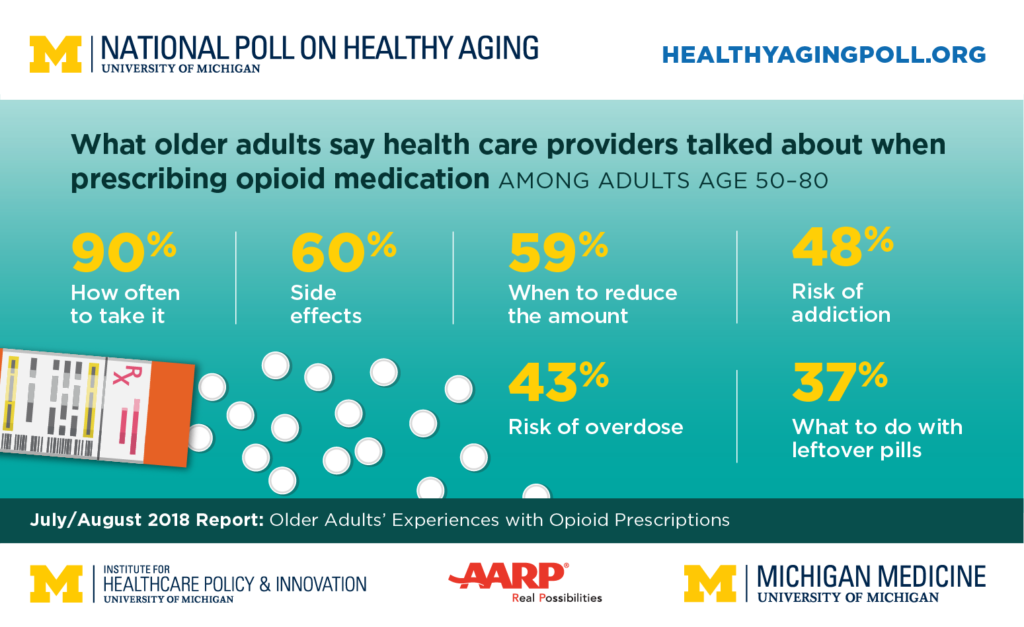 Half of those who had been prescribed an opioid said they had had pills left over; 86 percent said they kept them for later potential use.

“The fact that so many older adults report having leftover opioid pills is a big problem, given the risk of abuse and addiction with these medications,” says Alison Bryant, Ph.D., senior vice president of research for AARP. “Having unused opioids in the house, often stored in unlocked medicine cabinets, is a big risk to other family members as well.

“These findings highlight the importance of improving older adults’ awareness and access to services that will help them safely dispose of unused opioid medications.”

The poll also asked those who didn’t have leftover medication, and those who had not been prescribed an opioid in the past two years, what they would have done with leftover pain pills.

Disposing of leftover medications may require travel to a facility such as a police station, authorized pharmacy, or community “take-back” event that can sometimes be logistically difficult for patients to attend.

The poll asked all respondents to think about what they would do if there were a safe disposal product that they could pick up along with their prescription.

Such products are already on the market and include powders that can be poured into the bottle with extra pills, mixed with water, and safely disposed of in the trash. 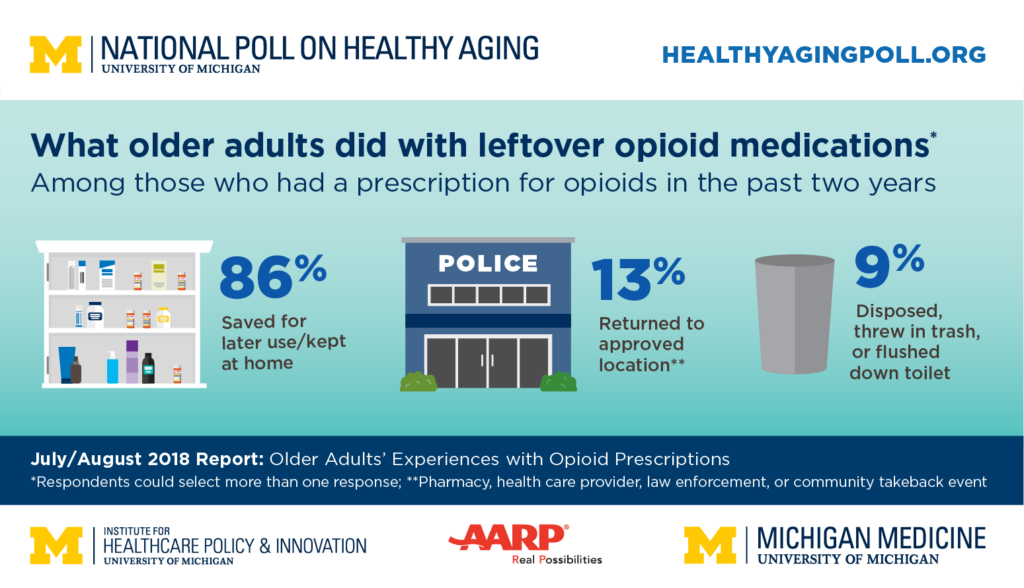 The researchers suspect that older adults may fear that they will not be able to obtain pain medications when needed as new state opioid-related policies and laws target reduce prescribing.

Current and proposed laws in some states require providers to look at patients’ prescription records before prescribing opioids, and some require patients to tell their provider if they have been taking pain medications. Other states have proposed special provider education, prescribing restrictions, and required return of unused medications.

The poll shows that nearly all older adults support policies such as required review of prescription records and disclosure of prior opioid medication use, despite concerns that these policies may be perceived as invading patients’ privacy. A slightly lower percentage supported requiring providers to get special training before they can prescribe opioids.

But the poll team was surprised to find that 74 percent supported restrictions on the number of opioid pills, or the number of days’ supply, for which prescribers could write a single prescription.

On the other hand, just under half of older adults said they’d support required return of unused medications.

“When patients are prescribed an opioid, there are often many other aspects of care at the forefront of patients’ minds, such as their diagnosis, social stressors, work-related concerns, and caring for loved ones, and it can result in education fatigue,” says Waljee. “But we spend a lot of time educating our patients on when they can drive, return to work, and take care of their painful condition or surgical incision sites.

“Similarly, we need to educate our patients on what to expect following pain, the role and risks of opioids, and important alternatives such as over-the-counter analgesics, breathing, exercise, and sleep.”

The poll results are based on answers from a nationally representative sample of 2,013 people ages 50 to 80. The poll respondents answered a wide range of questions online. Questions were written, and data interpreted and compiled, by the IHPI team. Laptops and internet access were provided to poll respondents who did not already have them. 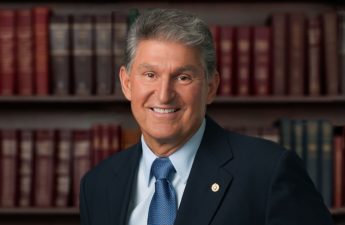