Explainer: how does the immune system learn?

We’re outnumbered by bacteria, viruses, parasites and fungi that can make us ill. And the only thing standing between them and our devastation is our immune system.

The immune system does such a good job most of the time that we only really think about it when things go wrong. But to provide such excellent protection against a whole host of pathogens, our immune system must constantly learn.

Parts of the whole

The immune system is made up of two equally important parts: innate immunity and adaptive immunity.

Innate immunity rapidly responds to invaders; innate immunity cells deal with more than 90% of infections, removing them within hours or days. These cells recognise invaders by looking for broad shared patterns, such as common molecules on the surface of most bacteria. They might look for lipopolysaccharides (LPS), for instance, a molecule found in many bacterial cell walls.

When the innate response fails to fend off an invasion, the invaders are handled by adaptive immunity. Instead of broad patterns, each adaptive cell sees a very specific pattern. This could be one particular protein on the surface of a virus or bacteria.

When adaptive immune cells recognise an invader, they replicate so they form an army to kill it. This very specialised process can take a week the first time we’re infected by a new invader. If we’re exposed to a flu virus, for instance, only the small number of adaptive cells that can randomly recognise flu viruses are activated to remove infection, which is why it takes time to fight it off.

After an invader is removed, the adaptive cells that recognised it are kept, as specialised “memory cells”. If we see the same invader again, those cells can respond before we get ill. This is how the adaptive immune system learns.

The traditional understanding of the immune system was that innate immune cells couldn’t learn; that they dealt with each invader the same way every time. But new evidence suggests innate responses are changed by previous infections or vaccination, through “innate learning” or “trained immunity”.

Innate learning can have unexpected effects on how our immune system deals with secondary infections (infections that occur during or after a different infection). Here’s an example: the “bacille Calmette-Guerin” (BCG) vaccine is designed to protect against tuberculosis, and does a good job at protecting from tuberculosis as expected. But it also protects against infection by a completely unrelated invader, Candida albicans.

Candida albicans infection causes “candidiasis”, more commonly known as thrush or yeast infection. Studies of BCG-vaccinated patients had previously suggested that vaccination protects against infections other than tuberculosis. But how this happened wasn’t understood.

These studies extend to primitive invertebrates, including flies and mosquitoes. Invertebrates completely lack adaptive immune cells, so any immune memory responses they have are from innate learning.

In mice, herpesvirus infections can protect from completely different bacterial infections. Rather than responding the same way to every invader, innate learning changes our immune responses based on previous experiences.

Immune responses to the yearly flu vaccine, for example, are impacted more by environmental factors than genetic differences. This suggests we can improve our immune responses by altering life experiences.

Rather that being stuck with the immune system we genetically inherit, research is showing that immune responses are shaped by life experiences. It provides hope that we can improve immunity and reduce disease through changes in lifestyle and our environment. 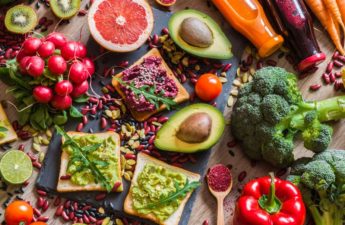 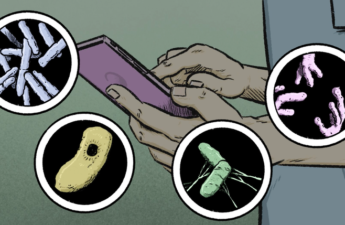 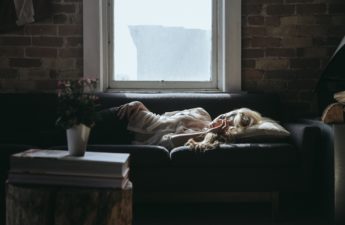